It has been a long time since I have visited the Burlington bike path so yesterday seemed as good as any to make another voyage on the path across Burlington's waterfront. Uncertain of the weather and a late arrival of a client for a showing did not deter me for seeking some type of adventure. Small in scale, yet intriguing to the imagination to see the repaired Causeway in Colchester.  For those not from the area and for those who are and just need a little reminder, the causeway suffered major damage a few years ago due to  the 2011 flooding of Lake Champlain from excessive snow melt and rainfall in the early spring.

For those who are not familiar with the Colchester Causeway, it is a 4 mile path that connects to the original Rutland Railroad bed and the causeway across the lake. The causeway connects the 7.5 mile bike path and intersects with Colchester Airport Park and unites with the Island Line in South Hero.  This is a wonderful 14 mile trail that travels along Lake Champlain. The causeway is a multi-use trail that is very popular with joggers, cyclists and walkers of all types. The trail is unpaved and lined with large boulders on each side. The view from the causeway is unbelievable! The air was cool and crisp as the night fall slowly started to make its way across the sky. As I approached the entry to the causeway, I took notice of a sailboat playfully making its way across the lake like a young child exploring a place for the first time. People were walking along the path talking and laughing and without a care in the world. I passed one couple sitting on the rocks. He was sitting while his companion was laying in his lap drinking a  beverage of some sort. No doubt it was refreshing after a nice ride through the countryside. Just then, it hit me that I had forgot to pack my water bottle. I tend to do that once in a while when I am in a hurry to get out and enjoy nature. Do you think they would mind if a borrowed theirs?

For those wondering why Burlington and the surrounding area is such a wonderful place to live, take a moment and enjoy what is around and it will become obviously clear! The voyage back was even more breathtaking as the sun set over the waterfront revealing a masterpiece of nature that can't be described by words. Take in all the beauty and judge for yourself why this is such an awesome place to live. During the regular season, there is a ferry that allows uses to cross the open area of the lake.

COLCHESTER: The major repairs have been completed. The trail re-opened to public use in October 2012.

BURLINGTON - OPEN: Repair work completed on the five areas damaged by the record 2011 flooding. Final repaving was completed in May 2013.

THE CAUSEWAY BIKE FERRY -  Thanks to a successful Big Fix fund raising campaign, the ferry is operating 51 days from June 14th to Labor Day.  For the fall (through Columbus Day), the ferry will operate on Saturdays, Sundays and Holidays. Bike Ferry Details 2013 . A coordinated Fund Raising Campaign for $1,500,000 for Trail Repair and Bike Ferry Improvements was completed in October 2012.

The $50,000 raised through Friends of the Island Line has been dedicated to trail repair . 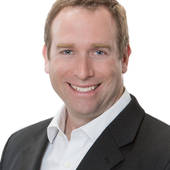