Taking advantage of foreclosures is a current favorite strategy for investors and for people who are looking to make a profit from a distressed housing market. Economists predict that the market has now bottomed out and it is expected to begin recovering. Since people have started being optimistic about the housing market again, it is an excellent time to buy foreclosed homes either to flip or to rent. Here are the top 5 states for buying foreclosed properties in 2013.

Number 5 – California: Since California is such a huge state, it’s a bit difficult to class the whole of California as a good place to buy foreclosures, but it is true that there are a number of areas with very high foreclosure rates. Most foreclosures are centered in San Bernardino and Riverside counties in the southern part of the state and around the Sacramento valley (San Joaquin and Sacramento counties) in the northern half. The lowest foreclosure rates are found in the coastal counties like San Luis Obispo and Marin. The state has a total of just under 50,000 foreclosures on the market as of March 2013, which is down from almost 95,000 a year ago.

Number 4 – Illinois: Foreclosures in Illinois are most concentrated I n the north eastern cornet of the state in Cook, Lake, Kendall and other counties. RealtyTrac reports that 1 in every 441 housing units received a foreclosure filing in March 2013. Cook County—home of Chicago—has the highest foreclosure activity count with over 5,800 foreclosures on the market a present. Lake County is a distant second with 1,182 foreclosures. Although these figures are high, the rate of foreclosures has actually decreased in Illinois over the last year.

Number 2 –New York: While New York may not be one of the most distressed states overall, it has three of the most foreclosure-saturated markets in the country today: the Albany/Schenectady metro (the home of the state capital), New York City, and Rochester. The state’s average for foreclosure filings last month was only 1 in 1,504 homes, but the most affected counties saw filing rates of as much as 1 in 465 homes. The most affected counties in New York state are Suffolk (1.222 foreclosures currently), Nassau County (794 foreclosures), and Kings and Queens Counties (548 and 489 foreclosures, respectively). RealtyTrac found that foreclosure filings increased over 100% in Rochester and Albany last year and areas all across the state are plagued by a gigantic backlog of foreclosures, thanks to the state’s long foreclosure process. Buyers in these areas of New York are finding discounts of as much as 35% on distressed properties.

Number 1 – Florida:Florida has the worst foreclosure rate in the nation today, with 1 in 317 homes filing for foreclosure in March. Lakeland and the Palm Bay metro both made the top five of the areas with the highest foreclosure rate in the country. The Florida counties with the highest rates of foreclosure activity are Miami-Dade County (6,122 foreclosures), Broward County (3,280 foreclosures), Hillsborough County (2,249 foreclosures) and Palm Beach County (1,676 foreclosures). Florida, like New York has an exceptionally long foreclosure process, which has created a glut of foreclosed homes. One reason that Florida has so many foreclosed properties is that the Kennedy Space Center laid off a sizeable amount of employees, which has affected the Palm Bay housing market in a significant way. Investors purchasing foreclosed properties in Florida can look forward to discounts of around 30%. 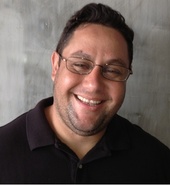