No one can argue that Tiger Woods, one of the greatest golfers in history, has changed the face of golf forever. And it didn’t happened by accident.

Despite his impressive talent and athleticism, Woods willfully changed his swing three times in his career, each time in an effort to improve his already impressive game. When he first changed it in 1997 after winning the Masters, he was ranked No. 2 in the world. Seven years later, after winning seven more major championships, he did it again. Then in 2010, ranked No. 1 in the world, he did it again.

Why would someone, who is seemingly at the top of their game, change what’s working? The answer simple: to get better.

Change happens in business all the time, but the results don’t always become Tiger-like. The pursuit of greatness and the effort to become better are not always rewarded with greater market share and increased profits. This unintended outcome can lead to a company becoming risk adverse and stagnant.

But change should not be frowned upon. It’s an attitude that should be welcomed, by company leadership and its people. Reward does not come without risk as we all know. To take our games to the next level, whether it’s sports or business, requires some element of change.

Here are 6 Tips for Embracing Change: 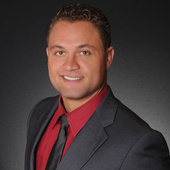