But the fresh supply of homes for sale, along with recent interest rate increases, may be taming the buyer frenzy, which has contributed to home appreciation of 25 percent to 30 percent the past year. And that could derail the recovery hopes for those who are still underwater on their mortgages.

According to data from the California Regional Multiple Listing Service, 6,688 homes were listed for sale in July in Riverside and San Bernardino counties, up 7 percent (6,254) from June and up 16.6 percent (5,735) from a year earlier.

But new listing inventory has been steadily increasing the past six months, CRMLS data showed. Home inventory totaled 5,427 in February, 6,058 in March, 6,301 in April and 6,237 in May.

Meanwhile, interest rates, which had sunk to as low as 3.25 percent for a 30-year-fixed mortgage in May, have increased to 4.5 percent. Though still historically low, the rise blew out some entry-level buyers who were already on the affordability bubble. Anecdotally, some who still could afford a home at today’s rates took a blow to their psyches, disappointed they missed the lower-rate opportunity.

Homes are sitting on the market longer as some sellers testing the waters at prices beyond fair market value have been forced to reduce prices.

CRMLS reported that the median number of days on market for the Inland Empire is currently 34 days, up from 32 days in June but down from 47 days in July last year. And the median sales price for Riverside and San Bernardino counties has been unchanged at $250,000 for June, July and so far in August.

Online real estate market tracker PropertyRadar reported this week that one-third of California homeowners are still too far underwater to sell their homes and fully pay off the debt.

Of the 6.8 million state homeowners with a mortgage, 1.8 million had negative equity as of July and another 500,000 had too little equity to cover the expenses of selling.

Still, the number of sales statewide jumped more than 12 percent in July, driven by sellers with newfound equity.

“With the exception of the temporary bounce in July 2009 sales from the First-Time Homebuyer Tax Credit, July 2013 sales were the highest since July 2006,” Madeline Schnapp, PropertyRadar director of economic research, said in a release.

Even with the increase in equity sales, distressed sales (short sales and bank-owned sales) made up 26.4 percent of activity, PropertyRadar reported.

In parts of the Inland Empire, distressed properties have dropped to less than 10 percent of the market. But the Inland Empire has its share of underwater homeowners who remain locked out of the party.

For those who have been watching home values increase 2 percent to 3 percent a month, waiting to reach positive equity, the slowdown comes at the wrong time, especially if they are having difficulty making their current payments.

The Mortgage Debt Relief Forgiveness Act, which shelters some homeowners from paying income taxes after a foreclosure or short sale, expires at the end of 2013. Few experts predict it will be extended again.

Mortgage workout solutions such as a short sale, loan modification or deed-in-lieu of foreclosure can take three to five months to complete.

Meanwhile, homeowners who have finally reached positive equity and have been looking for the perfect time to put their homes on the market should take notice of the change in activity. The forces that drive the market are at play months before they become apparent to the media and the masses. Perfect timing is often reflected in the rear-view mirror.

Want to know how much equity you now have in your home or if you qualify for the workout programs available today? Call 951-778-9700 today for a 10-minute consultation.

(Brian Bean and Timothy Hardin are Homeowner Advocates & Home Listing Specialists and owners of Dream Big Real Estate in Riverside, California. They can be reached directly at Info@DreamBigRealEstate.com or 951-778-9700.)

Brain - You are right, rising interest rates and inventory could slow down increase in home values. 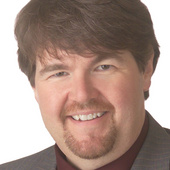