Bellaire city council made changes to the proposed 2014 budget in late August as a result of numerous requests heard that the public hearing related to Bellaire Little League's request for inclusion in the budget.  Letters read into the record of the public hearing favored providing funding to complete the development of Horn Park located at Avenue B and Pine, behind the Horn Academy Elementary School.  The league has raised a substantial amount of money through private fundraising and asked for the City's support to finish development.  The League provides services that the city would otherwise have to provide.  This should be a big win for the City of Bellaire and all patrons of Horn Park.

It was also agreed to increase the beautification budget to improve the appearance of street lighting along the Paseo and downtown areas and rerouting or burying of overhead wires that clutter the view of South Rice and Bellaire Boulevard.

Additionally, the budget includes Capital Improvement Projects (CIP) and Vehicle, Equipment and Technology Program (VET), as well as the METRO Fund and Capital Bond Program, to provide for capital reinvestment.

Total General Fund tax dollars are proposed to be $9.0 million and property tax dollars to the Debt Service Fund will be $5.0 million. For the purpose of developing the Budget, the City uses the preliminary values that were provided by the Harris County. Based on the these values the total appraised value has increased approximately 5%: $3.35 Billion to $3.55 Billion. 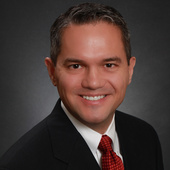