Home > Blogs > Craig Wheeler > Buffalo Is a City On The Move!
bookmark_border

The Buffalo Bills open their season this up coming weekend against the vaunted New England Patriots. Could be an interesting season for the bills, with a new Coach, Quarterback, and attitude. The Bills have been either mediocre, or just plain terrible for over 13 years, so I'm not super stressed to be doing Open Houses on Sundays for a week or two. However, let me state the obvious. Sundays just became a big pain in the but for Real tors! Almost a third of the Country either watches the NFL or plays some sort of Fantasy Football, and I have even thrown in the College Football fans. That's probably two thirds of the Nation! So get creative with open houses, Wednesday, and Friday nights are good. Saturday mornings aren't as bad as one would think, it doesn't really matter in the end. You have to find ways of showing your clients homes, so get ready and maybe just throw on your favorite teams jersey (Bills). Your buyer or seller may just appreciate your love of Football, after all two thirds of the Nation does! You do the math. ;) 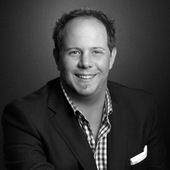