The area is zoned for one-family houses, with many selling for more than $600,000.  The subject could be razed, split into two 50 x 100 lots, and improved with two houses.  The price per lot woud be about $275,000, making the underlying lot essentially worth the entire purchase price.  On the lot is a tremendous, six-bedroom house built in 1908.  The house and property give the feel of upstate living as it is rare to find a lot or house of this size in the area anymore.  While the buyer can, obviously, do anything they want with the property, I'd love to see them renovate the interior as it has potential to be the most charming house in the village.  It's considered to be contain about 2,300 square feet of improved area. However, it's my opinion tha this excludes all basement area and the third floor.

Meanwhile, the third floor has two huge bedroooms and the potential for additional bathrooms and conversion for use as an awesome home office.  Or, better yet, the 3rd floor could be used as 'his and hers' offices as there are two huge rooms.

On the second floor there are four bedrooms, two of which would be considered master bedrooms in almost any other house.  This level has at least nine foot high ceilings.  Then, the main level not only has a georgeous wrap-around porch, but also >10 foot high ceilings throughout.  It has a floor plan the broker is used to seeing in older areas surrounding Prospect Park in Brooklyn where turn-of-the-century (20th Century) houses abound.  The main level has a front entrance parlor that would be considered a 'music room' in an original floor plan.  The main staircase splits back and front with the rear portion leading to the kitchen and the front leading to the front parlor.  This brings to mind the days when servant's would utilize the rear staircase so they could pass through the house without burdening the homeowners or their guests.

Ilove it and can't wait to meet the new owners! I WILL PUBLISH MORE PHOTOS SOON! 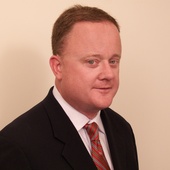