When purchasing a home in San Francisco you'll need to know the tax rates to help calculate your monthly payment and tax deductions. This is from the office of the Treasurer and Tax Collector:

The annual tax rate is recommended by the Controller based upon a combination of the general tax levy (which is determined in accordance with State law and is limited to $1 per $100 of assessed value of your property) and the City’s voter-approved indebtedness (which may include locally voted special taxes, bond measures, and city or district direct assessments). Once the annual tax rate for regular secured property taxes is recommended by the Controller, it must be adopted by the Board of Supervisors and approved by the Mayor. The tax rate varies slightly from year to year. The tax rate for the current year and the previous five years are shown below:

You can get more details directly from their website:  http://www.sftreasurer.org/index.aspx?page=66

That is a great picture with the moon and the buildings!  I moved from Texas to Colorado.  Although the property taxes were higher, I did like that we did not have state income tax.  I also like the fact that the public schools were not ranked near the bottom of all 50 states.   School funding both public and higher education is a huge, huge challenge in Colorado.

So ultimately, tax payers must remember - our property taxes are hopefully paying for something that directly benefits our community.  Federal taxes on the other hand - sometimes it is hard to see the benefit.

I'm sorry that I rambled so much about a subject very near to my heart.....

Thanks, Sondra!  I love taking photos of our beautiful City.  Prop 13 long ago took away school funding so that our California schools rank low compared to other states, I'm sure your Colorado schools out rank ours.

It can be a bit of a sticker shock for first time buyers, Silvia! 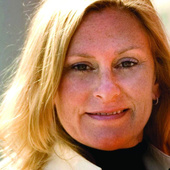