“I was looking at the amount of money that exchanged hands during the month of August, and found it was UP 105% over last August (16 million vs. almost 34 million). The median price for August to August, is up only 8%, but year to date is up almost 15%, all good indicators that home sales are well into the recovery period”, Owens continued.

The Big Island of Hawaii is seeing an overall continued upbeat real estate activity as the median price for all homes on the island increased by 20% in 2013.

People are looking at Puna for land deals, as well. Vacant land sales jumped 66% year over year from 51 deals done in 2012 to 85 this past month.

Inventory continues to decline in the Kailua Kona market.

LUVA Real Estate specializes in West Hawaii real estate and our agents are happy to send anyone who would new homes as they come on the market in North Kona, South Kona, South Kohala and North Kohala. Always curious as to what's happening out there in the Aloha state!

thank you for your comment on the west Hawaii Real Estate market. 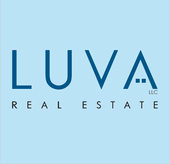