Home > Blogs > Randy Byrd > Randy Byrd's (dtubman) Blog
bookmark_borderbookmark
The Fed said it will make up to $200 billion in Treasury securities available to big Wall Street investment houses and banks. The new action is designed to ensure that there is an ample supply of Treasury securities. With strains in financial markets, demand has grown for Treasury securities, considered the safest investment in the world because they are backed by the U.S. government. On Wall Street, the Fed's action propelled stocks upward. The Dow Jones industrials jumped more than 180 points in afternoon trading. The move comes as banks and other financial institutions face cash crunches. "Pressures in some of these markets have recently increased again," the Fed said in a statement. "We all continue to work together and will take appropriate steps to address those liquidity pressures." The other banks involved are the Bank of Canada, the Bank of England, the European Central Bank and the Swiss National Bank. The Fed announced the creation of a new tool, called the Term Securities Lending Facility (TSLF), geared to provide primary dealers -- big Wall Street investment firms and banks that trade directly with the Fed -- with 28-day loans of Treasury securities, rather than overnight loans. They would pledge other securities -- including federal agency residential-mortgage-backed securities, such as those of mortgage giants Fannie Mae and Freddie Mac -- as collateral for the loans of Treasury securities. Fed officials said that's the first time they'll be accepting mortgage-backed securities through this type of lending program. "This will not turn the economy around or fix all the problems in the markets but it should reduce the liquidity issue, at least for now," said Ian Shepherdson, chief economist at High Frequency Economics. The odds of a deep, three-quarters of a percentage point cut in the Fed's key interest rate next Tuesday have dropped sharply as the Fed's new relief seemed to calm market turmoil, he said. The loans would be made available through an auction process. Auctions will be held on a weekly basis, beginning on March 27. By allowing financial institutions to put up mortgage-backed securities -- where there's little appetite for them -- in return for ultra-safe Treasury securities that are in high demand, the Fed hopes that will take pressure off financial companies and make them more inclined to lend, Federal Reserve officials said. They said this would ease the credit crunch. As is customary, White House press secretary Dana Perino declined to comment on specifics. But, she said, "The president welcomed the step today by the Federal Reserve and he has full confidence in (Chairman) Ben Bernanke at the Fed." The new lending initiative "is intended to promote liquidity in the financing markets for Treasury and other collateral and thus to foster the functioning of financial markets more generally," the Fed said. For now, up to $200 billion of Treasury securities is envisioned being made available through weekly auctions. Fed officials, however, didn't rule out additional operations of this sort down the road. The Fed since December has been making short-term loans of cash available to banks through a new auction facility. With the latest bank auction results announced Tuesday, the Fed has now made $210 billion available to squeezed banks in hopes it will help them to continue lending to individuals and companies. There were 82 bidders for the latest slice of $50 billion in short-term loans. The interest rate was 2.800 percent, the lowest rate for any of the seven auctions of this kind conducted so far. Separately, the Fed also on Tuesday said it has authorized increases in existing programs called "swap lines" with the European Central Bank and the Swiss National Bank "These arrangements will now provide dollars in amounts of up to $30 billion and $6 billion to the ECB and the SNB respectively," the Fed said, extending the term of these swap lines through Sept. 30. The European Central Bank, in conjunction with the Fed, said it would offer U.S. dollars to euro money markets of up to $15 billion. It took similar action in December and January. The Frankfurt-based central bank for the 15 countries that use the euro said it has been working closely with other central banks and "consulting regularly on liquidity pressures in funding markets." Last week, the Fed announced that it would increase the amount of loans it plans to make available to banks this month to $100 billion. At the same time, it said it would make another $100 billion available to a broad range of financial players through a series of separate transactions.
The Fed has been working to pump billions of dollars into the banking system to aid an economy rocked by the subprime mortgage crisis and the severe tightening of credit.
A meltdown in the housing and credit markets has made banks and other financial institutions reluctant to lend to each other, causing a cash crunch. Financial companies wracked up multibillion-dollar losses as investments in mortgage-backed securities soured with the housing market's bust. Problems first started in the market for subprime mortgages-- those made to people with blemished credit histories. However, troubles have spread to other areas.
AP Business Writer Matt Moore in Frankfurt, Germany and Associated Press Writer Harry Dunphy in Washington contributed to this report
Like favorite_border
favorite_border 0
repeat 0
bookmark_borderbookmark

Show All Comments
Randy Byrd
Platinum Properties - Santa Rosa, CA
Serving all of Northern California
Great article. Can you keep posting updates.  Thanks for posting Randy and thanks for the heads up.

Like
Dorene Shirley
The Mortgage & Property Connection - Campbell, CA
Silicon Valley Real Estate
Randy - Welcome to the Rain, make sure that you browse the site and become familiar with everything this site has to offer.  The more you browse the more you will learn.  I have found this site to be really helpful to me.  If you have any questions, please don't hesitate to email me, I will do whatever I can to help you.   Keep Posting!

If you would like a few tips on getting the most out of ActiveRain, please visit my blog Welcome to Active Rain.  It has a few simple steps of what to do now that you have joined. 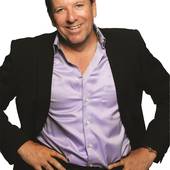