“Foodie” it’s a new term and if it’s not already in the dictionary you can pretty much guess it will be within the next year or two. Foodie is a term for those that love food, eclectic and trendy restaurants and typically stay on the cutting edge of food trends, restaurants and chefs. While there are many foodie towns all across the country Columbus is starting to hold its own when it comes to a foodie environment. There are so many foodie neighborhoods, eclectic cafés, trendy coffee shops and sidewalk bistros popping up all over the city. I’ve pulled together some of the best foodie neighborhoods across Columbus Ohio to give you the 411 on where to eat and where to live. Some of the best food bloggers in the country have chosen Columbus as one of the new food Meccas. Unique eats such as frozen chocolate from Le Chocoholique in the Short North District  and orange brioche from Pistacia Vera in the Brewery District top the list at some of the most fantastic places to see, taste and smell. While we’re in the Brewery District you won’t want to miss all of the microbrews, creative distilleries and unique sips at Middle West Spirits made from honey in Lancaster Ohio.

Even top food expert such as Anthony Bourdain has visited the North Market for local poultry, organically grown meats and game and seasonal fruits and vegetables. Bon appétit has named Jenny’s Splendid Ice Creams one of the top 10 in the US made from milk just a few miles away.

The University District is a great neighborhood for food trucks. They often pull up around this centrally located area near Ackerman Road which is perfect for college-age students looking for a quick, cheap bite on the go.

In German Village, Short North and downtown Columbus are some of the top diners choice winners as classified by Open Table.com. The Explorers Club, TILL Dynamic Fair, Latitude 41 and G. Michael’s Bistro and Bar were some of the top contemporary American and comfort food restaurants in the city.

So, overall the best neighborhoods for foodies would be the Italian Village and a Short North where homes are priced from about $140,000-$400,000 depending on size, condition and location. There are many condominiums and townhomes throughout Short North and Italian Village.

German Village and the Brewery District are also great foodie neighborhoods located South of I70 with several single-family homes, residential neighborhoods, townhomes and condominiums price from about $200,000-$450,000.

Excellent local post!  What community doesn't have it's foodies?  And it looks like Columbus has them taken care of.

Thanks Matt, I think our foodies are great...

I love the fact that Columbus has lot's of Foodies, great post

Donald, Good idea for a post. Sounds like lots of great places to eat in your area. 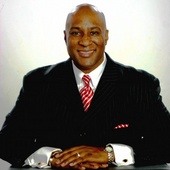