Up for sale is an elegant center hall colonial in Tottenville Staten Island NY.

An opulent two story entry leads you into an impressive home featuring hardwood floors though out the first and second floors, four bedrooms, four bathrooms, a gourmet kitchen with cherry cabinets, a center island, granite counters and stainless steel Viking appliances, a formal dining room, a formal living room with french doors leading into a large family room with a wood burning fireplace.  Each room is well appointed with crown mouldings, chair rails, and picture mouldings.  Security features a full alarm and surveillance system to monitor the property.  There is a one car garage and a driveway as well as on street parking for ten+ cars at all times.  The home also feature a two bedroom in-law suite with granite kitchen and stainless appliances, a fully tiled bath, a large living room/dining room area, and a private entrance.  The backyard features an in ground pool and pavers.  The home is located in a very private area, across the street from Conference House Park featuring a children's playground (Lenape Playground), miles of nature trails for hiking, jogging/cycling, and beach access where local residents go swimming, kayaking, and fishing.

Living room with french doors leading into the family room.

Pavers though out and plenty of space to entertain.

In law suite is bright and airy and features 2 bedrooms, a bathroom, and a kitchen.

Located at the southern most point of Staten Island, New York City, and New York State, Tottenville is only 1.7 square miles and has the lowest population density in New York City. It also boasts the lowest crime rate in New York City. In the 1990′s Tottenville experienced massive new home construction “below the boulevard”, referring to the area southeast of Hylan Boulevard. The area had been nearly uninhabited until then. Prices of homes in Tottenville range from $150,000 for a 1 bedroom condo up to about $4,000,000 for a luxurious 1 family detached ocean front home.

Click here if you want to start looking for a Center Hall Colonial in Tottenville, NY.

Tottenville is rich in our nation’s history. Originally named Bentley Manor in 1675, titled after a ship called The Bentley. The ship belonged to Christopher Billop, one of Staten Island’s first European settlers. Bentley Manor was renamed Tottenville in 1869 after the prominent Totten family. Christopher Billop’s home, Billop Manor, was constructed in 1678 and on September 11th, 1776 became the site of a Revolutionary War peace conference between British and American delegates. You may have heard of the American delegates….Benjamin Franklin, John Adams and Edward Rutledge. The peace talks failed and the Revolutionary war continued for another 7 years. Billop Manor was later renamed The Conference House, in honor of this historical event. Today the Conference house still stands, a symbol of Americana, and an invaluable piece of our nation’s history.

The house was declared a National Historic Landmark in 1966. The site also features a 267 acre park that protects a Native American archeological site once inhabited by the Lenape Tribe called “Burial Ridge”. Conference house park also features miles of hiking and biking trails, a beautiful beach, kayaking, a children’s playground, a visitor center with exhibit space, and a bay-side pavilion for events and historical reenactments that Staten Island residents can enjoy.

Several buildings in Tottenville have been honored with the Preservation League of Staten Island Award, including the Tottenville Branch of the New York Public Library which opened in 1904.

The New York City Police Department has its 123 Precinct there, and there is also a Fire Department house there, Engine Co.151/Ladder Co. 76. Tottenville High school was originally located on Yetman Avenue in Tottenville until it was moved to its new home on Luten Avenue in Huguenot. The building is now home to Totten IS 34. There are a few elementary school in Tottenvile including PS6, PS1, and Our Lady Help of Christians.

Contact Herman Herrera with questions about Tottenville, NY or for a complete list of current Tottenville listings.

Tottenville is unlike many other NYC neighborhoods in that it has very distinct boundaries at Arthur Kill Road, Amboy Rd, and Hylan Blvd where they intersect Page Ave. Known as a quiet community, many residents feel as if they aren’t in New York City, or Staten Island for that matter, once they cross into the town of Tottenville.

For more information on Tottenville, NY you can visit www.visitstatenisland.com. 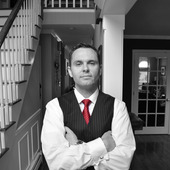