Why Apartment Rental Prices in Boston are High

I always seem to hear the same thing from clients looking for rentals, “wow, Boston apartment’s rental prices are so high”, even more so with out of state clients relocating to the Boston area. Boston is one of five cities that have the most expensive apartment rentals in the country, followed by New York, Miami, LA, and San Francisco, according to Trulia. Over the past few years, the country has seen a drastic increase in rental prices and about 3.9% increase just this year alone. Now, as you my already know, this nationwide increase is mainly due to the recession we just went through. Mainly because when people are losing their homes or when large amounts of people can’t be approved for mortgages because of banks tightening of loan requirements, this put more renters on the market looking for apartments. In turn, this allows landlords and property management companies to raise the rent. It is almost like a scale with housing properties on one side and rental properties on the other, when the housing market is down due to recessions, foreclosures, and/or banks tightening of mortgage requirements, the rental side moves up. But the good news is that when rental prices become too extreme, which we have been seeing lately, people start looking to buy a home. Why pay your landlords mortgage when you could be paying your own?  And when people would rather buy their own home instead of paying overpriced rent, the scale starts to tip and the housing side start to rise and the rentals side starts to fall. And I think the country is almost to that point right now. We can see this happening by how the housing market is going crazy and the banks are now starting to lower their approval requirements. However, the recession only explains one factor for why the Boston rentals are so high. Yes, the recession did hit Boston; however, not as bad as the rest of the country, such as Rhode Island and Florida.

Boston is not only on Trulia’s top 5 list of most expensive rental cities, it on their top 5 list of highest renal price hikes during the past year. Where most of the country has seen about a 4% rental hike, Boston has had a 5.5% hike from this time last year. It’s so high that most Bostonians pay at least half or more than half of their monthly income on rent alone. So what causes Boston to have such high rental prices and price hikes, Boston is a very unique city and has many factors that cause the rental market to be so extreme and I would like to explain them. The first and one of the largest factors is size. Boston is one of the smallest cities in the country. Personally, I can walk from Kenmore / Fenway area to the North End in about an hour. How many cities do you know where you can walk from one side of the city to the other side in about an hour? Not many. And this is after Boston reclaimed a lot of land from the ocean and the Charles River during the mid to late 1800’s. So with limited space and large amounts of people looking to live in Boston, this does effects the rental market and its prices.

The second factor on my list, Boston is one of the oldest cities in the United States and has a lot of history. We have the Boston Massacre site, the Old North Church, Boston Commons, and Paul Revere and Sam Adams gravesite. This attract a lot of people to want to live here and when there is a desire, this causes a demand, and when there is a demand, dollars are not too far behind. I think this is self-explanatory and therefore, really doesn’t need too much to be said.

Last on my list, but not least. In my opinion, the largest factor to effects the apartment rental prices in Boston is the Colleges and Universities. Yes, Colleges and Universities. Now you are asking yourself, how can schools really cause Boston to be one of the most expensive rental cities in America? It’s very simple; Boston has huge number of desired schools in the country. Such as Harvard, Boston University, Boston College, Northeastern University, Tufts, Suffolk, and UMASS, just to name a few. And every September, these schools bring in thousands of students and teachers to Boston. Native Bostonians and any person who has been in Boston on September 1st, knows this is true. September 1st is the worst day to go anywhere in Boston. Thousands of moving trucks are doubled park and furniture on the sidewalks and people running around like chickens with their heads cut off. If I could instill one piece of knowledge to you, DON’T COME TO BOSTON ON SEPTEMBER 1ST!!!!! And if you are moving to Boston around that time, Move in before or after September 1st. Trust me, you’ll be saving yourself a lot of stress…..

Now back to what I was saying. Not only do colleges and Universities affect the rental prices, but they affect the areas lease dates as well. A huge majority of apartment landlords and property management companies set the lease date on a September 1st cycle. And being on a September 1st cycle in turns effect the rental price because you have thousands of people, not only students and teachers, but everyone else who has wanted to move but couldn’t because either they themselves are in a September 1st lease cycle or they could not find any apartments during the year. HHHMmmmmmmmm I wonder why? Yes, you got it, because most of the apartments are all on a September 1st cycle. And so, because of September 1st and the thousands and thousands of people looking for apartments from May to September, the landlords knows that it will be a feeding frenzy. So they can jack up their rent into craziness and still knows they will have a new tenant by September. Also, just to let you know, the closer you are to these schools, the more expensive with less square footage the apartment becomes.

Therefore, it is not just one thing that causes the Boston rent to be so high, but multiple factors working together. Thus, the past nations recession, the city’s size, age and history, and it colleges and universities are a huge factors in why Boston is one of the most expensive place to live. 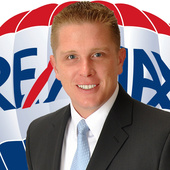