The Blue Springs High School Boys Wildcats Soccer Varsity and JV Teams played last night at HOME at Peve Stadium against the Libery Blue Jays. The air was cool and crisp, perfect weather for a vigorous game of Soccer! My boys had looked forward to playing a game in the rain but it was cloudy with a bit of a mist in the air and the rain held off until the games were over.

The JV Boys team were well matched against the Liberty Blue Jays with each team scoring 1 goal for a tie game 1-1 in the end.

The Varsity Wildcats had a tougher time against the rival Blue Jays holding them during the first half with the Blue Jays only having a 1 goal lead. It was 1 Wildcats, 2 Bluejays at the half!

The second half seemed insurmountable and the Blue Jays kept the lead and defeated the Wildcats with a final score of 5-1! After the victory at Park Hill on Thursday night, this was a setback for the Wildcats that was unexpected by all! I'm sure the boys will ralley when they come head to head with Lee's Summit North on Wednesday Night! Don't miss it! 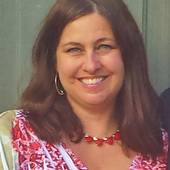