A Swing Back To Toward OwnershipPeople are getting more positive again. Here's a quote from Celia Chen, the Senior Director at Moody's Analytics:"The forces pulling the home ownership rate lower are past their apex....house prices are rising, but remain affordable at 21% below peak even as rents rise. Some who lost homes early in a crisis can now qualify again for mortgage loans." "As housing recovers and consumers again see prices rising steadily, perceptions will swing back to favor home ownership."

There was some concern, after the debacle that took place in 2008 and 2009 going into 2010 that there would no longer be a belief toward home ownership in the country, or that the belief in home ownership was going to wane.

As the home ownership rate kept on dropping, there was more and more talking that home ownership in this country was no longer important. What Celia Chen is now saying is that it's actually starting to turn right now and we're going to swing back in favor of home ownership. 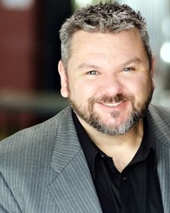