Red Lion, settled in 1852, was named after one of the first pubs in town, the Red Lion Tavern. Before and during the Civil War, several houses in the area were also used as part of the Underground Railroad.  Red Lion was a main stop along the old Maryland and Pennsylvania Railroad, known locally as the "Ma & Pa" Railroad. That railroad ran from York County to Baltimore, Maryland.

Red Lion was once famous for the many brands of cigars made in the town. In fact, it was the cigar making capital of the world, producing millions of cigars per month. To this day, in the annual New Year celebration, the town raises a giant cigar instead of dropping a ball.

The number of active listings in Red Lion (17356) dropped by 6.2% from the previous month.  This is typical in response to the fall market approaching.

The median number of days active properties have been listed is 83.

The percent of unoccupied properties is very low in Red Lion (17356) . It is 9.45% below the national average.

Thank you for the info on Red Lion and its real estate market.

The basics and to the point. Just what sellers are looking for. Thanks for subscribing Josh! 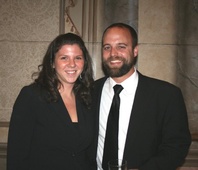 As Realtor who's an expert in Southern York County and Baltimore, Maryland, I bring a wealth of knowledge and expertise about buying and selling real estate here. It's not the same everywhere, so you need someone you can trust for up-to-date information. This blog was designed to bring you just that. Information about the area, as well as some inside tips to help you sell your home or purchase a home.