Northrop Grumman announced new jobs in Melbourne on Friday September 20, 2013 as reported in the Florida Today newspaper.  Governor Rick Scott and Senator Bill Nelson were in attendance.  Northrop Grumman Manned Aircraft Design Center of Excellence is expected to employ about 1,000 workers over the next four years in addition to 1,200 company employees already in Melbourne.

When Northrop Grumman announced new jobs in Melbourne; Tom Vice, a corporate vice president, and the president of Northrop Grumman Aerospace Systems said that they have been calling Florida home for a long time, and our future here is very bright.  Northrop Grumman recently broke ground on a new 200,000 square foot building at its current campus adjacent to the Melbourne International Airport. The new building will accommodate program management and engineering teams, as well as integration laboratories.  The new building is scheduled to be complete in the summer of 2014.

In a subsequent interview, Senator Nelson mentioned that the 1,000 new jobs would be at an average salary of $75,000.  Much of the workforce comes from consolidation efforts from the company's operation on Long Island, N.Y.

A fortunate co-incidence was also reported by Florida Today on the same day that Northrop Grumman announced new jobs in Melbourne.  They reported that August was a good month for the local real estate market.  Sales rose, as did the median sale price at $130,000, which is the point at which half the homes sell for less, and half for more.

A FloridaRealtors report stated that pending sales are up, average days on the market are 37, the month's supply of inventory fell, and the percentage of people paying in cash rose.  Nationwide, existing home sales increased in August to the highest level in years.

Because Northrop Grumman announced new jobs in Melbourne, combined with the good news from the FloridaRealtors report; Brevard County real estate reaps the benefit of a local economy which is showing definite signs of improvement.  If the displaced New York workers choose to relocate, my previous blog post "Buying out-of-state real estate" would be of value to them, and I'd be happy to help them with all of their needs.  With our centralized location to world-class vacation destinations, it's just one hour to Orlando, and three hours to Tampa, Fort Lauderdale, and Miami.  Since there is so much to see and do, combined with the great year-round climate; I feel that Brevard County is a great place to live, and we welcome new residents with open arms.

That is great news for Melbourne economy.  Congratulations.

Thank you.  Melbourne is truly blessed with so much, and this great news just adds to it!

Now those are words that im sure the residents of Melbourne should love to hear-  the addition of new jobs to a community and the benefits that those jobs bring not only the the individual new employee but also the many vendors that will reap the benefit of new consumers.

Now there's another reason to visit the Melbourne International Airport.  Earlier this month, a member of my team flew from there and found it to be more convenient than Orlando.  The TSA line was non-existent, the process was quick, and since the location was closer to home, he didn't have to leave his car in a parking lot for a week.  This airport may be underrated, try it sometime! 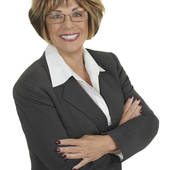