Bryan Robertson wrote a great, very consise blog, on Dual-Agency and it should be read by everyone, specially consumers.  In my opinion Dual Agency should be banned.  I feel strongly on this subject and this is the second time I reblogged Bryan's blog.  The first was from my mortgage blog

Why did HUD remove the dual-agency provisions? At the request of NAR, HUD removed their recently published restricts on any agents within the same brokerage from representing the buyer and seller at the same time.  This was a more precise and accurate address to dual-agency as technically, it always exists when two agents under the same broker conduct a transaction on the same property.  The more liberal interpretation of dual-agency is when the same agent under a broker works with both the buyer and seller in the transaction.  There has been widespread fraud when agents represent both buyer and seller at the same time and the issue has been extremely hot here in California.

According to an article today, this isn't necessarily a permanent change but one in which NAR will work with HUD on adopting rules that make sense.  At least that make sense in the view of NAR.  I can understand the uproar on how HUD implemented their rules.  By eliminating buyers agents in the whole office from presenting offers to an agent in the same office with a HUD listing, the buyers themselves are put at a disadvantage - especially if the office is a larger one in a market with few brokers.

It would appear that NAR is asking HUD to end the rule completely, but I don't see that being the case either.  I think we'll end up with a rule that still says "no dual agency" but only as it applies to not having the listing agent represent a buyer.  In that case, I think this rule makes sense.  Otherwise, it's too restrictive.

The End of Dual-Agency?

When this topic came up a while back I was of the opinion that this could spell the end to real dual-agency (e.g. one agent for both buyer and seller).  I still believe that could end up being the case.  Having a policy in place at HUD could be a foundation to end the practice in states around the country that still allow it.  Here in California, I'm sure there would be support to ban the practice.

As a policy, my company doesn't allow dual agency.  It would be easier for everyone if it were just banned.  What do you think?

If you have enjoyed reading my blog, please subscribe HERE!

Want to know more about me?  Just Google Me!

The Definitive Guide to parks in Los Altos 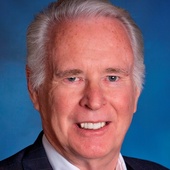