Realtor.com is reporting that shadow inventory which once was a major threat to housing recovery is receding. According to a Lender Processing Services report from their August Mortgage Monitor, shadow inventories have now fallen to its lowest point in 4.5 years.

What is Shadow Inventory?

Shadow inventory in the past years has been listed as an uncertain number and different reports have placed the numbers anywhere from 2 million to over 7 million properties. The fear was that the banks would release their shadow inventory into the market all at once which would flood the local markets and further cause prices to fall due to a massive amount of inventory without equivalent buyer demand.

Shadow inventory can make it difficult for a depressed market to figure out when they will have a full recovery. Banks were holding onto their shadow inventory because they did not want to resell these homes in a depressed market as it would affect their ROI (return on investment). Now that prices have increased the fear of course remains that the banks may try to capitalize on the recent increase in prices, especially in certain areas, by releasing their shadow inventory. This would create a surge in inventory and without the appropriate amount of buyer demand would then push prices back down.

LPS reports that shadow inventory now represents 2.66% of all homes with a mortgage in the country, compared to 4.04% a year ago. Mortgages that are 30 days or more delinquent on their mortgages but not yet technically in “foreclosure” was at 6.20% in August which is a decline of nearly 10% since August 2012.

However this report appears to only address shadow inventory as homes that are late on payments but have not yet been foreclosed upon and not the shadow inventory of homes that have already foreclosed but the banks are still holding onto and have not released into the market to sell yet. This number still seems to be unknown and a potential threat.

Continue reading our StoneCrest realty Blog for the full article on if shadow inventory is still an issue. 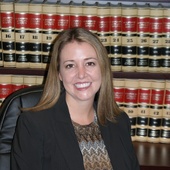