Rosslyn is an urban village located directly across the Potomac River from Washington, DC.  Its many skyscrapers make its appearance in some ways more urban than nearby Washington.  Rosslyn is the home to the Marine Corps War Memorial (also known as the Iwo Jima Memorial), the Spectrum Theatre, and Artisphere.  In addition to many businesses, there are numerous apartments buildings and condominiums including the luxurious Waterview and Turnberry Tower.

It is also Virginia’s first Metro stop, serving both the Orange and Blue lines.  Annual events include the Rosslyn Jazz Festival held at Gateway Park each September, an outdoor film festival on Friday nights in the summer, and “Light Up Rosslyn” in December when thousands of white lighes lining the buildings are turned on simultaneously.  Because of the many business located here they also have lunchtime concerts in the summer at several locations and there is a weekly Farmer’s Market on Thursdays.

For more information on Rosslyn and other Arlington, Virginia neighborhoods

and All Around Arlington 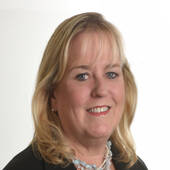