Are you making plans for future trips to Breckenridge, Colorado?  Here's an event you might want to think about for October 2015.  Breckenridge is hosting the Still on the Hill Craft Spirits Festival this October 23-25, 2015.  Long ago, Colorado made its mark in producing some of the higher qualities brews and now are relishing in the trend of creating high-quality, small-batch, artisan spirits.  Using farm fresh ingredients and high country water, we are able to savour hand-crafted whiskeys, rums, vodkas, gin, and liquors.   The Still on the Hill Craft Spirits Festival is all about celebrating these local distilleries and their smooth creations.

Colorado currently has roughly 40 distilleries and many offer free tours of their plants or have tasting room.  Breckenridge is currently home to the highest altitude registered distillery in the world at 9,600 feet!! They have mastered the Breckenridge Bourbon, which has won various awards including the International Wine and Spirits Competition and is one of the top 3 bourbons in the world.  The distillery is over 4,000 square feet and distill daily in a traditional open-top Scottish style fermenters and distill in a 700 Gallon Vendome custom copper combination pot still.  Jordan Via, the master distiller, also has won numerous awards for the Breckenridge Vodka, including the Platinum Winner at the International Spirits Competition.

The Craft Spirit Festival will feature a tasting on Saturday, October 5, starting at 4 pm at the Riverwalk Center.  The Grand Tasting will wet your palate with various spirits from some of our Colorado distilleries such as Peach Street, Spring 44, Montanya Distillery, Stranahan's, Downslope, and Leopold Brothers just to name a few, and of course our local Breck bourbon.  Other events held during the Still on the Hill include the Poker Run, collecting poker cards while visiting various bars and restaurants around Breckenridge, the Historic Saloon walk, Breckenridge Distillery tours, and live music by the Honeygitters.

Join us in Breckenridge  and keep your spirits high and bodies warm sipping on some of these fine-crafted artisan liquors, gins, whiskeys, and more while sampling some of our fine local Breck cuisine.  A unique Colorado festival of its own, learn about the diversity in distilling that Colorado is quickly becoming famous for! 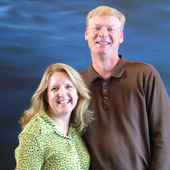