Ohio was a mainstay in the industrial revolution in the United States. Cities such as Cleveland and Cincinnati spawned industrial might to such a degree that Cleveland is still the home of the most millionaires per person in the United States. Bet you didn’t know that! As the industrial revolution faded, the state has evolved and now has a strong high tech industry, particularly in Columbus. Notwithstanding all of this, Ohio has maintained a strong rural farming influence, which can be seen just be driving out of the cities. Throw in a bevy of lakes, and you have a surprisingly wonderful place to live. Columbus is the state capital of Ohio and home to the massive Ohio State University. Sitting on the bank of the Scioto River, the city is centrally located and reflects the farmland surrounding it with a relaxed atmosphere. Named after Christopher Columbus, the city is designed well with large green areas, a thoughtful layout and statutes galore. With a huge university, the city has a definite college town feel with accompanying coffee shops, art galleries and a festive nightlife. If college football is your passion, this is the place to be in the fall.

This is the city I live and work inand I'm obviously very proud to live here.  However, I travel a lotand there just aren't many cities out there with all of the small towns like Grandview, The Short North, German Village, etc surrounding the big city.  Its a very nice atmosphere for families, young professionals and just about everyone else.  You can visit my Columbus real estate blog at www.columbuspowersearch.com for a detailed break down of all Columbus has to offer.

Cleveland is a city going through a major renaissance. Once branded with a rather nasty reputation, the city is now a gem in Ohio. Major money has been put into redevelopmentand the city is now a hot spot for nightlife and cultural activities such as the rock n’ roll Hall of Fame. Once known as the “mistake on the lake”, Cleveland now seems to be on much more of an upswing than just a few short years ago.  If you’re looking for a ground floor opportunity, Cleveland may just be the city for you.

Sitting on the Ohio River, Cincinnati is a sit with a mix of influences. You’ll find a definite European influence mixed with a southern feel and energized economy. This odd mix gives rise to an eccentric streak in a city which elected Jerry Springer as the Mayor. Yes, the Jerry Springer on television. Still, the city is a typical hard working town in Ohio with a surprising number of attractions such as the redeveloped river front area. The city also has a strong tradition of professional sports with the baseball Reds and the revitalized football Bengals. Ohio real estate prices are very reasonable regardless of where you go. A single family home in Columbus, Cleveland or Cincinnati will set you back between $150,000 and $275,000 for a nice 3-4 bedroom in the suburbs. Head out of these cities and you can expect to pay much less.

Despite all the positive aspects of Ohio, appreciation rates are not the best. However, this can work in your favor during a down market, as you will not see the 25-50% losses in value that some markets see.

If you have any questions or concerns about Ohio real estate I would love to talk with you about it. 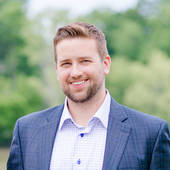