What a Government Shutdown Means for REALTORS®

Congress has failed to approve a Continuing Resolution (CR) providing funding for most government operations. Therefore, spending authority for most of the government expired at midnight on Sept. 30, 2013. Until legislation providing for funding is signed into law, many offices and programs of the federal government are now shut down. This means many, but not all, government programs, including some that impact federal housing and mortgage programs, have been suspended or slowed due to the lapse in government funding. The Office of Management and Budget (OMB) requires each agency to have contingency plans in place. The information below is based on NAR staff review of agency contingency plans for the current shutdown and past experience with previous shutdowns and near-shutdowns.

Internal Revenue Service (IRS) The IRS is closed and has suspended the processing of all forms, including requests for tax return transcripts (Form 4506T). While FHA and VA do not require these transcripts, they are required by many lenders for many kinds of loans, including FHA and VA, so delays can be expected if the shutdown is protracted. We have received indications that many loan originators are adopting revised policies during the shutdown, such as allowing for processing and closings with income verification to follow, as long as the borrower has signed a Form 4506T requesting IRS tax transcripts. On loans requiring a Form 4506T Fannie Mae and Freddie Mac have also adopted relaxed provisions allowing closings but subject to tax transcript verification before the GSE’s purchase the loans.

Social Security Administration (SSA) The Social Security Administration is closed and has suspended most customer service functions. According to the SSA Contingency Plan, verifying Social Security numbers through the Consent Based SSN Verification Service will also be suspended during the shutdown, a further complication for mortgage processing. As with IRS income verification, policies vary among lenders, with many choosing to exercise forbearance during the shutdown period subject to subsequent verification. Fannie Mae and Freddie Mac have also adopted policies to allow for closing subject to subsequent verification and before GSE purchase of the loan.

Department of the Interior – Bureau of Indian Affairs (BIA) BIA has announced that there will be no processing or recording of property transactions on Leased Indian Tribal Land during the government shutdown.

Federal Housing Administration HUD’s Contingency Plan states that FHA will endorse new loans in the Single Family Mortgage Loan Program, but it will not make new commitments in the Multi-family Program during the shutdown. FHA will maintain operational activities including paying claims and collecting premiums. Management & Marketing (M&M) Contractors managing the REO portfolio can continue to operate. You can expect some delays with FHA processing.

VA Loan Guaranty Program Lenders will continue to process and guaranty mortgages through the Loan Guaranty program in the event of a government shutdown. Expect some delays during the shutdown.

Flood Insurance The Federal Emergency Management Agency (FEMA) confirmed that the National Flood Insurance Program (NFIP) will not be impacted by a government shutdown, since NFIP is funded by premiums and not tax dollars. Changes to the flood insurance program scheduled to take effect on Oct. 1 will be implemented as scheduled.

It is important to note that the traditional definition of “rural” for qualifying communities for assistance will be continued in effect during the shutdown.  We expect that language to continue the current definition will be included in whatever funding measure is eventually enacted.

Government Sponsored Enterprises Fannie Mae and Freddie Mac will continue operating normally, as will their regulator, the Federal Housing Finance Agency, since they are not reliant on appropriated funds.

Treasury The Making Home Affordable program, including HAMP and HAFA, will not be affected as the program is funded through the Emergency Economic Stabilization Act which is mandatory spending not discretionary.

In anticipation of a possible shutdown, NAR is consulting with officials from the U.S. Department of Housing and Urban Development, Fannie Mae, Freddie Mac, Ginnie Mae, FHA, VA, and the Rural Housing Service, among other agencies, and will post information on how a shutdown is expected to affect these agencies’ operations.  As of early afternoon today, Sept. 30, lawmakers were discussing short-term budget legislation, called a continuing resolution, to pay for federal government operations after midnight tonight.

HUD officials have updated NAR concerning the status of FHA with a Federal Government shutdown looming at midnight eastern time.

The Office of Housing will continue to work on planned sales of defaulted notes, as required for the orderly termination of HUD’s fiduciary insurance and servicing obligations 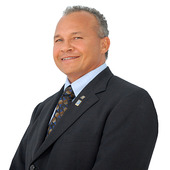