Wylie, TX presently has 2 high schools, Wylie and Wylie East. As the community continues to grow and expand there may be a 3rd high school in the future. For now the competition is fierce between the 2 high schools.

Are you considering moving to the Wylie ISD area? There's much to see and learn about Wylie, TX. For more information you can contact me by email or find Homes for sale in the Wylie School District here.

Wylie - the city between the lakes!

I like the punch line or the slogan: Wylie - the city between the lakes!

Teral:  I have long time friends who moved to Wylie about 20 years ago to live in the country on an acreage with horses.  They are now surrounded by new home developments and they can travel south on 78 and hop on 190, instead of winding around country roads to end up on westbound Parker Road to get on 75.  North Texas is growing by leaps and bounds. I was unaware that Wylie had two high schools.

hi Bahman, that's what makes the city of Wylie unique - between the lakes. Come on out sometime and visit.

hello Sharon, Wylie is growing and so are all the areas around it. I can recall when Plano was oh so small.

Good Morning, Teral. You have to come back and tell us who won! :))) 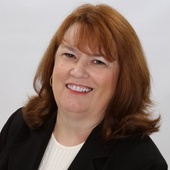