Covington is renowned for its distinguished Nationally Accredited Police Department. Thanks to its central location and the area’s pro-business environment major companies have taken notice of Covington’s growth and have begun to take their businesses to the Covington area. Such highly recognized companies that have been attracted by Covington and Newton County include General Mills, Bridgestone, Komatsu and the largest capital investment of a Korean industry in the Southeastern United States, SKC. Hartsfield International Airport is only a 45-minute drive from Covington.

Newton County is a progressive county with a low tax rate and a thriving economic base. It has well prepared for the growth that it has been encountering. New developments in the area include a city owned industrial park with all utilities in place, a privately owned 300-acre technology park and a privately owned 600-acre light industrial park with all utilities in place. Interstate 20 (I-20) exits within 1/2 mile of the site.

The people in Newton County are busily involved in art activities of all kinds. They are able to draw on an abundance of local talent, and with outstanding financial support have been able to attract superb talent from afar to provide excellent productions in the performing and visual arts.

The Concert Association of Newton County offers a minimum of eight concerts a year at the Porter Memorial Auditorium. The series has featured internationally renowned performers ranging from Ballet National De Mexico, Mac Frampton, The Polish Chamber Orchestra Philharmonic, The Canadian Brass, The Ink Spots and the Atlanta Symphony. Many other local events are also held at the Auditorium.

Newton County Library promotes various free programs of interest to the community. Puppet shows, storytellers, movies, and craft programs sponsored for children are offered. The library has sponsored and co-sponsored many art exhibits, including a fine watercolor show owned by Transco Energy Co. of Texas, and a collection of 19th Century art, “An American Sampler,” which has been exhibited by universities and Galleries throughout the U. S. Local art shows are also hosted yearly. “Music Among The Books” features Atlanta symphony members in informal concerts. The curator of the Atlanta High Museum presents lectures on the decorative arts.

Recreational opportunities in the area are extensive offering everything from fishing and hunting to hiking and camping. There are a number of world-class golf courses including The Oaks Course, one of the top 50 public golf courses in the United States. The course was designed by champion Bobby Jones in the 1930s and then modernized in 1989.

The Georgia General Assembly created Newton County on December 24, 1821. It was formed from parts of Henry, Jasper, and Walton Counties. The new county was named for Sergeant John Newton who was a Revolutionary War hero.

The first settlers were located in Eastern Newton County. “The Brick Store” was built in 1822 and stands today. Lack of adequate water caused the settlers to move further west and establish Newtonsboro, which was later changed to Covington. The state constitution required that county seats be located near the center of the county. In April 1822, the Inferior Court ordered the purchase of Land Lot 254 from Leonard Fretwell for $2,000 for the county seat. On December 1, 1822, Covington was incorporated. Covington was named for General Leonard Covington who was a hero in the War of 1812.

The coming of the railroad in 1845 was the beginning of the growth and stability of Covington and Newton County. Covington-Newton County’s extensive agricultural base produced related industries, like textile mills, as early as the 1840s. After 1900, textiles became a major industry in the area serving the farmers of the surrounding counties.

Covington is noted for its many ante-bellum structures that are today blended with new and modern buildings. Together they present an excellent comparison of the past and present.

Newton County is a place where the heritage of yesterday and the challenge of tomorrow meet. The old and the new, the large and the small combine to offer residents the best of both worlds. Residents of Newton County can enjoy the advantages of living in a small- town atmosphere, but are still within easy commuting distance from the city of Atlanta and the many opportunities and cultural endeavors that Atlanta offers.

Whether you are searching for your next home in Covington, or looking to invest in real estate, browse current real estate listings, residential Covington homes for sale, single – family houses, condominiums, townhouses, or investment opportunities, to find your perfect home. View other relocation resources such as real estate market trends, sold property values in your neighborhood, mortgage financing options and professional real estate agent assistance. 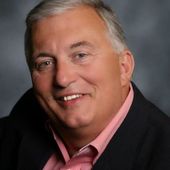