Located in the heart of Texas is the State Capital - Austin. Austin is the seat of Travis County and is the eleventh-largest city in the United States of America (and the fourth-largest in Texas!) With a population of 842,592, Austin is also the second largest state capital in the U.S. With its always-warm climate, rich local culture, beautiful surroundings and great educational opportunities, Austin, Texas is a force to be reckoned with.

Austin is located in an area with humid subtropical climates. The area has extremely hot summers and very mild winters. There is a plus side to that heat - it’s sunny the majority of the time, and who doesn’t love that? The temperature gets into the high-90s at the peak of the summertime, and is rarely below 45 degrees Fahrenheit. The most recent drought in Austin was from October 2010 through September 2011. During that time, the city had the least rainfall since the 1950s!

There is a particularly rich culture and value of the arts in Austin. In recent years, “Keep Austin Weird” has been a local motto and is featured on bumper stickers and t-shirts. To some, that may seem strange, but to the local community it is what gives the city its eccentricity and diversity. Whether it is music, film, media or theater, Austin has a thriving art scene with different types of festivals happening throughout the year. With its annual cultural events and thriving art scene, Austin has plenty of areas to explore throughout the year.

Austin has been ranked by MSN as the “Greenest City in America” and there is no debate as to why. The residents are committed to keeping the environment alive and well. It is also home to 50 public swimming pools, and various parks throughout the entire city. There are plenty of activities in the area to keep the residents busy. Activities include rock-climbing, swimming, hiking and exploring. No matter what they are in the mood to do, the people of Austin always have plenty of options.

As many people know, Austin is home to the University of Texas at Austin. In recent years, it has been ranked 45th among “National Universities” by U.S. News and World Report. With more than 38,000 undergraduate students and 12,000 graduate students, the university proves to be a popular choice among other Texans.

Austin is not only a fun and exciting place to visit, but it is also a great place to live and raise a family. The city has anything that you will ever need and so much more. For more information about Austin, Texas, visit here. 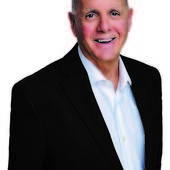