A Navy veteran from World War 2 turned 90 years old on Monday, October 7th.  Dr. William S. Osburn, who is also affectionately known at DDoc (aka – Daddy Doc), celebrated with his family at Bugaboo Creek Steakhouse in Gaithersburg this past Monday night. In attendance were his three children: Bill, Steve and Cynthia, two of his grandchildren: Jeremy and Chris and eight of his grandchildren.

DDoc was born on October 7, 1923 on a farm in northwestern, Missouri about three miles from the Missouri River.  He was the second of four children born to Bill and Ruth Osburn. Maureen is his older sister and Beverly is youngest sister.  His brother (Robert), who was 2 years younger, passed away just two weeks ago.  See Tribute to Robert Osburn (1925-2013). On the farm he began his lifelong passion for biology and gardening.

Bill graduated from Craig High School in June 1941 and went to Northwest Missouri State Teacher’s College in nearby Maryville.  He remembers it was an otherwise quiet Sunday morning when news came across the radio that the Japanese.  Dad joined the navy and was training in Boulder, Colorado to be a Naval Credit when he met his future wife singing in the local USO.  He thought that she had a voice like an angel and they began a correspondence that would end in the marriage shortly after the war.

DDoc later transferred to quartermaster school and was assigned to a Landing Ship Medium, which hauled marines, vehicles and supplies to various destinations in the South Pacific.   His particular ship was LSM-223.  Here is a photo of his brother and him in San Francisco during the war.  One of his first assignments was land marines during the batter of Iwo Jima.  He also did duty in the Philippines and in Okinawa.  Dad was in Tokyo Bay during the formal Japanese surrender aboard the USS Missouri.

After the war he returned to the United States and married Edith.  They lived in Boulder, Colorado where he completed studies in biological studies at the University of Colorado.  During the 1950’s dad went on to get his Ph.D. and became taught at the University of Colorado and later at Colorado State University.  He and Edith had all three of their children, before they moved to Bethesda, Maryland where DDoc worked for the Atomic Energy Commission, which later became the Department of Energy.  Mom became an elementary teacher in Montgomery County.  Edith passed away in 1995.  DDoc still makes his home in Bethesda.

Thank you DDoc for all you've done for our beautiful country!!  Happy Birthday and here's to many more! 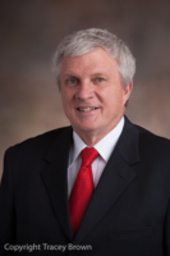