US Government Shutdown: Ease in Government Loan Processing during Shutdown

Good news for the prospective Homebuyers! 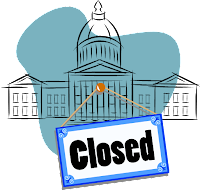 Are you planning to purchase a new house during Government shutdown? The initial speculations indicated that the government shutdown might affect the federal mortgage processing services. The US Department of Housing and Urban Development released a relieving statement that government-backed mortgages will continue to process loans during the shutdown.
In addition to it, FHA also stated that a limited number of staff would remain functional for the processing of new single-family home applications. It is considered as an important step to maintain the stability of the mortgage industry in US. According to the records, 45 percent of the overall government-backed mortgages for purchasing home were issued under the banner of FHA and the United States Department of Agriculture. The FHA itself insures more than 60,000 loans every month.
It may sound a bit overwhelming that FHA is planning to furlough as many as 96 percent of the staff. If you are applying for a loan for your new house, make sure to be patient during the process.
Fannie Mae and Freddie Mac have announced that they will continue to provide loans for single-family homes and their operations would remain unaffected during the shutdown.

Most of the potential homebuyers are facing the consequences of government shutdown. The good news is that Fannie Mae and Freddie Mac have relaxed their mortgage rules to ease out the loan processing during shutdown.
IRS operations have suffered a huge setback because of the government shutdown. All the loan applications should include IRS verification for the income proof of the applicant. However, many applicants have reported problems in achieving an income proof due to the government shutdown. As a result, the government mortgage providers have agreed to relax the verification process. The lenders can use other means to verify the income of the borrowers, although IRS verification form would be required for processing at a later stage.
The biggest mortgage lender, Wells Fargo, has announced that the underwriters are allowed to process applications without IRS verification. Some banks and lenders might exhibit an over-cautious response towards IRS completion. Some particular borrowers such as freelancers and self-employed professionals might find it difficult to get a loan without proper income documents. David Stevens, the president and CEO of the Mortgage Bankers Association, suggested lenders to use 1040 form information and bank records for income verification of these individuals.

However, there are chances that some lenders might slow down loan processing without complete IRS verification. The fiscal crisis has left many lenders perplexed and made them avoid risky investments. It is best to wait until the shutdown is over and apply for a mortgage afterwards for quick results.
Like favorite_border
favorite_border 0
Re-Blog
repeat 0
bookmark_borderbookmark 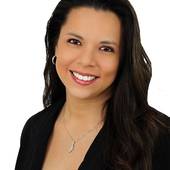