The Board for Northern Wasco County Park and Recreation District has announced their attempt to pass a bond measure this coming November. The bond will include rebuilding a 50m pool in its current location, adding a permanent bath house complete with locker rooms and concession stand and will include the District office located on site. In addition, there will be a water slide, spectator seating and an Aqua climbing wall. Adding to the Thompson Park Master Plan, the District has plans to continue fundraising for a shade structure for the Skate Park which was completed in 2011 as well as to utilize the recently awarded grant funds from Oregon State Parks to build the free use Splash Park. These projects were funded thru grants and local donations all in hopes to lower the cost of the bond to tax payers. The upcoming bond will be in the amount of $3.7million, nearly 1/5th the original attempt and ½ again of that in 2011. The estimated cost per $1000 of valuation is $0.286 which makes the annual estimated cost per household (based on a $175,000 home) at $62.16. That’s the cost of ONE espresso a month! Good morning,  This place looks and sounds great!!  keep up the good work and good luck with your business,  E

I cannot think of anything more fun for kids than a water park when it is hot outside. What a great addition to this area. 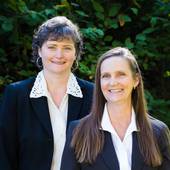 The Dalles Real Estate and The Dalles area events and photos plus real estate listings.