I Bought a House for My Client

Last week I attended an open house which was planned for real estate brokers and agents to preview a house. The house was beautiful, great curb appeal, with very good quality of materials and in a nice area of the town. My input to the seller was that the price was too high and it is time to reduce the asking price. They had derived the selling price for a market that was OK 4 months ago at the heat of the market, but now for now. The house was in the market about 4 months. Every other attendance gave their opinion and suggestions to the seller on what they need to do to speed up the selling.

At the end everybody was talking about some interesting thing that had happened to them and among us there was a lady that said “I bought a house for my client”. Everybody looked at her and said what? What do you mean? She explained as follow:

I had shown several houses to one of my clients, but he didn’t like any of them and had excuse for every of them. I found a beautiful house in the neighborhood that he was looking for and had everything he wanted and the price was great, much below the market. I showed the house to him and he saw that it had everything he wanted and also I showed him the comp and the asking price was great and below the market price. He made an offer, which finally agreed by seller and became the contract. However, after few weeks, the lender did not approve him and the deal fell off.

I liked the house and the price was about $10K below the market. I told him that this is a great house and great price. I didn’t want to pass on this great deal and purchased the house all cash for myself. After about a month later, he asked me to sell the house to him, which I did. I sold him at the market price then, about $10K higher than I bought, and financed myself (owner financing). These days no bank gives you even 1% interest on your money, but now I am getting much higher interest for my money and I made about $10K at the beginning.

At the end, everybody thought that is a great inspiration story and the open house host said to her “can you do the same for this house too!”

Debbie, of course anything you do in real estate is could be risky. Owner financing is hot and return of investment is great. The interest rate they charge is much higher than the interest rate you hear daily. There are many buyers that can afford mortgage payments and more, but are not quakified because of the credit score and/or something crazy that do such as changing job while they are waiting to close the house for example.

Bill & MaryAnn; Yes This is not for everybody, first you should have large amount of cash that many of us, certainly myself, don't have.

Great story that I hope has a happy ending. Hopefully with a balloon on the mortgage.

Wow! This one is a first. When I read your title, I thought you were going to talk about selecting a home for your out of area clients that they'd never seen when they wrote a contract--which I've done several time quite successfully. Great job! You'll have their business and referral for life I'm sure.

Nina, sorry if there was a confusion on the title. Once, I received a request to purchase a house for an out-of-town client which they were going ti live in it based on the pictures they had seen on MLS, but I insisted that should come and see the house at least durni the option period. For investors is OK, but for owner occupied, I rather they see the house themselves before purchasing.

Bahman, what a great story! The buyer was fortunate to work with a Realtor who recognized a bargain and had the money to purchase the property.  This was a win-win! Congratulations on another feature!

Great story about thinking outside the box-that is real estate

On a different line, I wish that I could buy my own short sales and keep the owners in who want to stay. They would still treat it like they owned it and you could creat a situation that they could buy it 3 years later and that would give them the incentive to get their credit rating back up, a win for everyone. I wish common sense ruled.

Bahman this is great! You'll get a good return on your purchase and the buyer winds up with the house he wanted in the first place. I wish all stories had this kind of happy ending.

You can make a business out of that on its own.  However, have to be a bit aware of the fiduciary duties involved in your agency.

If there's room for that, then this is a creative solution.  I like #15's attitude.  Wish it all worked out this nicely for people.

Well that's one way to do it.  Must be nice to pay cash!

Bahman, We once bought a house in a hot market with the idea of re selling to a client. We ended up keeping it as an investment. Glad you were able to make money on the house at either end.

I have often wished I had the cash to do stuff like this.

I have had great people who fall through the cracks of the banks only to give up and never be heard from again.

Way to go! A nice win for everyone involved! Your client was vwery lucky to have you as his agent.

Bahman, one needs smart agents to do the right job.  (though title was slightly misleading.)

What a great story, Ibet it will workout just fine for them.

Making a good deal is always a win-win for both parties. In this case 3 parties. 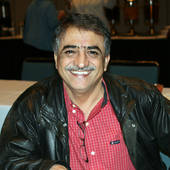