Remodeling? Finish the work before you sell the home. Home inspection.
Find it here at
http://actvra.in/45hq
This is a follow up to the remodeling contractors who are doing the work.
When inspecting the home the bath was in the new sheet rock phases of the remodel process.
I had suspected the contractors had very little experience with this type of remodeling.
This is what I saw when at the home. I then told them this would be a huge issue. They asked why and I told them that this bath has no exterior window for ventilation.
This means that the bath must have an exhaust vent according to meet code for the new bath.
They told me the old bath never had a vent.
I told them that means nothing, you are upgrading the bath and now it needs to meet current codes. Not the "Old way things were done".
"OHH" they said. And there needs to be a GFCI plug in the bath at the counter.
WE planned on a plug there any way. "But not a GFCI plug right? NO"
I saw only one line coming into the bath. Is that all there is?
I was told yes and that was enough.
I told them it was not enough when you have a plug, a light, and a exhaust vent for the new bath.
By the time I left the home the contractors had added another line. After I saw what they did I was not shocked but was amazed at the way they thought they were going to win the situation.
not only that they caused a lot more damage to the homes ceiling instead of using a fishing tool to run the new line.
Take a look at the damages they caused. Then to add insult to injury. They simply double tapped a breaker in the "Wait for it" The FPE panel that is going to get replaced. There was a major issue with this panel  already. there was no less than Ten double taps in the panel before they added another.
So remember this. Contractors should have an electrician lined up top get the work done on the job.
Never settle for the contractor that says they can do it all unless they are licensed to do it all.
Have a great day Every One.
LIKE
Re-Blog
close

This went from bad to horrible. Love the ceiling pictures.

But if they hired a REAL electrician he would have told them they were going to have to spend a lot more money!

Clint -- those holes in the ceiling are showing their professionalism.  Too bad this seller picked the wrong contractor to do his bathroom remodel.  It looks like it is going to cost him much more to get it finished properly.

Clint: The holes in the ceiling tells me volumes about this contractor.  Do it right once or many times the wrong way.

I guess they had to get the wires up there some how. LOL

Have a great week in Seattle.

I think they thought just run another line and tie it in anywhere. I wonder how many other homes these guys have worked on that have all these double taps now.

Have a good day in College Station, Pa.

Yes we do. Now there is some work to do to get this home ready for the buyer and closing.

Have a great day in Ohio my friend.

Looking at the home is only the first go round. Now the seller needs to make the improvements. Even the contractor has to upgrade now.

Have a really nice day in Rockwall Texas.

I guess they figured they could just repair the ceiling after they ran the wire. But that's just one more ISSUE that needs to be taken care of.

Have a good day in Federal Way Washington.

So true. Do it once the right way. Then your done. DUH.

Have a great day and week ahead in Warner Robins.

With all the damage and issues I see a (NO-COST) install of the new shower.

Holy crap Clint.  It had to look better before they got there.

looks like they will loose money on this deal. They still had a long ways to go to get this one done. Now all the electrical issues still remain.

Have a great day in Rogers.

It was actually a half bath. Then the remodel was making it a full bath.

There are a lot of issues to get resolved before they can call it done.

Have a great day in Webster.

First, I'd LOVE to look at that box with my thermal camera!  Yikes!

Second, I have never seen blue board, in a bathroom or anywhere.  What is that?  Do they use (or are they not supposed to use) Dura-rock there?

Wow, interesting bathroom remodel there Clint. Sounds like there is still a bunch of things that need to be done before the finish materials.

Blue board here is a water resistant sheet rock. Just like the green board or the red board.

The Durock is used under and behind lies only here.

Have a great day in Bristow.

They have or did have a long ways to go. Not much room in the attic. So they probably didn't want to run the venting. IMO.

Have a great day in Sacramento. 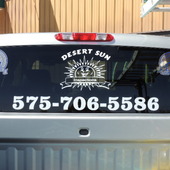