Yep the shutdown is over (until 01/15/14) and the debt ceiling raised (until 02/07/14). World markets were relatively quiet on the news and US preopen looks like concern over the new deadlines is replacing the uncertainty we had. Still rates are being held down and seem to be stable for the moment. As the government reopens and the flood of data we haven’t had is released look for some volatility in rates. This morning’s housing starts numbers have not been released due to the shutdown, but jobless claims just came out showing continued weakness in the job market that will likely be attributed to the shutdown.

The big picture, however, is pretty murky. House Tea Party Republicans are already promising to wage a better fight this time so the next few months may be more of the same.

That paints a confusing picture regarding USDA loans in Florida in particular. Applications awaiting underwriting should be fine. Turn times before the shutdown were running about 40 days so anything that was submitted prior to the shutdown should be reviewed before the 01/15 deadline. It’s unknown how many new applications will be submitted now though, and how long it will take to work through that backlog. Loans submitted to USDA now will certainly see increased turn times and possibly not be reviewed by the next possible shutdown. The big question is- will sellers be ok accepting offers with USDA financing given these uncertainties?

Regarding the map changes, it seems they’ve been pushed back as well but I will confirm that asap with USDA to be sure.

For those so inclined, the best copy of the bill I could find was still in draft form- http://www.cnn.com/interactive/2013/10/politics/senate-shutdown-deal/index.html?hpt=hp_t1

It should be up soon on as the “Continuing Appropriations Act of 2014” on Thomas here- http://thomas.loc.gov/home/thomas.php

The can is kicked down the road for a few more years. Policy is so deep and so ammended, I don't even know what to look for or where anymore, just wait for someone to tell me what to do and how to do it. That's a pretty sad state of affairs. Maybe a new Golden Age is ahead, or maybe we slip into the modern day version of the Dark Ages...but at least a few of my pending loans can get closed now.

Thanks for the article. I'm licensed in Florida and will be curious to see if it adopts any policy changes as a state. 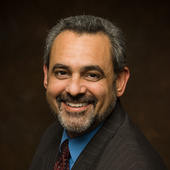 Local information regarding Mortgage lending in Central Florida including Orange, Seminole, Osceola, Lake, Volusia and Marion Counties. Also providing up to date information on HUD and government loan programs, and first time buyer programs. I'm required to tell you I'm not acting on behalf of HUD/FHA or the US Government!