Dickinson is about 23 miles from Galveston and 28 miles from Houston. With its close access to Kemah and the gulf coast, entertainment is never too far away. You can have the big city close by but still have the small town life as well.

Dickinson was named after John Dickinson who was granted a tract of land in 1824. The Galveston, Houston, and Henderson Railroad were built directly through Dickinson. In 1905, Italian ambassador Baron Mayor des Planches convinced about a hundred fifty Italians from crowded eastern cities to move to Dickinson. They joined the dozens relocated there after flooding in Bryan forced them to seek new homes.

Dickinson has continued to grow due to its proximity to Texas City and Johnson Space Center. During the 1920’s, Dickinson became a tourist destination which was a high gambling venue.In recent years, Dickinson constructed million dollar City Hall and Library complex. Congratulations on the listing. A beautiful home that will sell for you quickly. 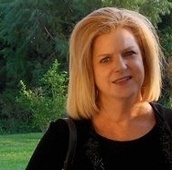