Probably one of the only justifiable strikes against Harrisonburg’s natural setting in the lovely Shenandoah Valley is the degree to which the underlying bedrock spews out radon, a radioactive gas that the EPA identifies as the leading cause of lung cancer among non-smokers. Harrisonburg and Rockingham County both lie within the EPA’s Radon Zone 1 – areas of highest potential for unsafe radon concentrations in homes.

An odorless gas responsible for an EPA-estimated 21,000 lung cancer deaths per year, radon isn’t something you want to have around in your house in unsafe levels. Accordingly, when you buy a home in Virginia, purchasers have the option to add a radon test contingency to their purchase contract. Benjamin Meredith, owner of the Rockingham County and Harrisonburg home inspection company Building Knowledge, estimates that about half the buyers he works with decline this test.

Regardless of whether you’re purchasing a home in the Harrisonburg area, or simply living in one, Meredith recommends that everyone test for radon. While he does do radon testing for clients, Meredith says the inexpensive test kits available at home improvement stores also work well. A standard radon test typically involves simply leaving a test device in the home for several days, sending it to a lab for analysis and waiting on the results.

Given our Zone 1 designation in the Shenandoah Valley, it’s not unlikely that the test will show elevated levels of radon in your home. Meredith guesses that this has been the case in about half the homes he’s ever tested, although there seems to be variability even on the local scale. High radon levels seem to be particularly common in homes in certain subdivisions, Meredith says.

If the test is negative, no sweat. And if your house does have a radon issue, no sweat after installing a relatively simple and fairly inexpensive (and certainly inexpensive in the grand scheme of cancer prevention) radon mitigation system.

In a home with a basement, the system will basically involve drilling a hole down beneath the basement floor and venting the radon up through the roof through a vent pipe that has an exhaust fan inside it. Though circumstances and prices always vary, Meredith guesses this wouldn’t run you any more than $1,500.

If the home sits above a crawlspace rather than a finished basement, radon mitigation will entail something called “encapsulation” that’s generally around twice as expensive as the basic basement-to-roof vent pipe. Generally speaking, encapsulation involves sealing the dirt floor of the crawlspace beneath a layer of plastic, and then running the same kind of vent pipe from below this plastic up through the roof.

Bottom line: radon is a potential health hazard and Harrisonburg’s in a radon-prone area. Radon also is easy to detect and easy to address if necessary, and therefore, not something to live in fear of.

* Radon is estimated to cause about 21,000 lung cancer deaths per year, according to EPA's 2003 Assessment of Risks from Radon in Homes (EPA 402-R-03-003). The numbers of deaths from other causes are taken from the Centers for Disease Control and Prevention's 2005-2006 National Center for Injury Prevention and Control Report and 2006 National Safety Council Reports.  (Source of Chart: http://www.epa.gov/radon/pubs/citguide.html, May 7, 2013).

Want a radon test for your home or business?
Contact Benjamin Meredith at Building Knowledge.

Thank you for the information about radon. I had no idea it is that much of a health problem. Good to know it can be remedied. The price is minimal compared to the alternative.

Hi Pamela- Glad you found it informative.  Radon is definitely less relevant in some parts of the country. The solution certainly is pretty reasonable for the benefits the mitigation provides.  I've seen $1800-2500. 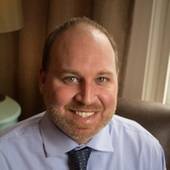