The average credit score among borrowers who received a mortgage in September was 732, down from a peak of 750 a year prior, according to new data released today by Ellie Mae, which provides mortgage lenders with loan origination systems. That’s also the lowest average credit score since the company started tracking this data in August 2011. In addition, a greater share of borrowers have lower credit scores. Thirty-two percent of mortgages doled out in September went to borrowers with an average FICO credit score (the measure used by most lenders) of less than 700 compared with 17% a year ago, according to the findings. The changes suggest a critical shift is under way in the housing market, which could help more applicants gain access to home loans. “It does seem there’s a little bit of an opening that’s going on,” says Brad Hunter, chief economist at Metrostudy, a housing-market research and consulting firm. “Lenders are being more lenient.” 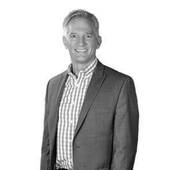