I am sure that all of us Realtors that post on Craigslist have spent a lot of time chewing on pencils and wracking our brains for new ways to post our listings so that we are not......(halloween music in the background please)....."ghosted"!  I agree with Craigslist philosophy to "keep it fresh and keep it relevant."  Why else are they so successful?   And why else do we use their medium for advertising?

As an experiment, my wife Pam, and I decided to fill out a matrix with the subject noun being "home".  Not all that creative since I am a Realtor.  Anyway, we created a graph with another nine places down on the left under "home".  Under "home" we listed nine synonyms for "home".  My wife cringed when one of my synonyms was "Man Cave"!  Horizontally across from each synonym I created ten squares to describe each.  Get the picture?

Now this is cool.  After the matrix was filled in when I wanted to describe the great listings that I have listed here in the Colonnades on Hutchinson Island, Fl, my mind  was flooded with some great lines like, "Refuge on the beach" or "Shelter from the storms of life", or "A haven for your soul", or "Enjoy an evironmental massage"!  And the best part is, I still have hundreds more to use.  Try it.

If this is the first time that you have read our blog, my wife and I moved to our beloved Hutchinson Island after selling our last business.  We fell in love with Hutchinson Island and especially the Colonnades.  The Colonnades is a 250 unit waterfront communtiy located just off the mainland between the Indian River and the Atlantic.  We are only a three mile cruise to the Atlantic and if you do not like to boat, a ten minute walk.  Most of the time there are less than ten percent of our permanent  population here is in transit.  Properties sell quickly.  As a Realtor, I like that.

This is an example of one our waterfront condos up for sale.  Check it out.

Show All Comments
Lori Williams
Lake Wylie, Charlotte, Gastonia Homes for Sale ABR, CDPE, SFR, ASP, Lori@LoriWilliamsRealty.com - Gastonia, NC
Lake Wylie, Gastonia, SW Charlotte, Homes for Sale
Great idea. Not sure I understand completely but I'm going to give it a try. It's hard to come up with expressive verbiage over and over
Like
Kenneth Theobald
Hutchinson Island, FL
Your Keller Williams Realtor on Hutchinson Island

If you get confused, please let me know.  I will try to be more helpful.

There was an interesting article just yesterday on the rain about the NEW GOOGLE and the fact that is it looking for phrases rather than terms or keywords.

You may be ahead of the curve with your idea.  Try taking some of your new phrases and make them links pointing back to your community link on Colonnades and let's see if you top Google with anyone looking for Colonades. 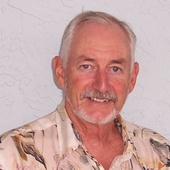 Pam and I have been busy learning everything we can about our beautiful Hutchinson Island, Florida. We have been blessed with a great place to live, play, and to expand our entrepreneurial opportunities in real estate. We will be regularly updating our page with all of the experiences and news on the Island. In the meantime, if you have any questions about Florida's best kept secret, please let us know. We look forward to almost any excuse to go exploring for you.