ADVICE TO REALTORS WORKING WITH VETERANS

Mike offers excellent advice to those working with veterans.  I work with them, and I find they are the best of all buyers.  They are not demanding, and listen to agents as they show or sell their homes.

Two years ago I sold a home to a veterans, and recently sold that home when he was transferred to out of state.

In case you missed Mike's post, it is well worth reading.

I just watched a video on Dick Greenberg's blog, It's Not All Good News. If you let yourself, you could get depressed by the data in the video, but I have a different view. The video shows the disparity between the rich and poor in this country. It's huge.

Does it bother me that a small percentage (the infamous 1%) control the majority of the wealth in this country? Not really. Why? Because wealth building isn't a zero sum game. That means if the 1% acquired great wealth in their lifetime, so can others.

At the time of the market collapse in 2008, I was inches away from retirement at just around 50 years old. I had taken a lot of time to learn how to build personal wealth so I could have the freedom to do what I was passionate about. The market collapse took about 95% of that in one large swipe. I went from exceeding my wildest dreams financially to wondering if I could keep my house. It was frustrating to see my dreams disappear in days, but there was one thing didn't disappear. The knowledge that got me there to start with.

Right after the collapse, I went into survival mode, but I knew a day would come when I was back in the wealth building game again, and it has arrived. Now, that's just a part of my story, but here's what this blog is really about.

If you have any level of knowledge and experience in building personal wealth, why don't you mentor one person in the same. In the 90s, I took 10 families and taught them how to get out of debt, invest, spend smarter and build wealth. The average family reduced their yearly expenses $2300 a year, and for the first time invested. One mutual fund I encouraged my class to buy went up 73% that year. I had a lot of happy students.

In the 2000s, I took another small group of would-be investors (10) and taught them how to buy real estate with little or no money. Nine out of ten went on to buy multipe homes for investment purposes. They are all prosperous today.

If we continued this pattern for ten years, we would lift 104,857,600 people moving into the upper middle class and into fiscal fitness and possibly wealth. Can you see how easily you can lift someone up and set him/her free financially? In 10 years 100 dedicated people could exponentially educate 105 million people to prosper financially by proxy.

Does the 1% bother me? Not at all. Wealth buidling is as much a matter of education as it is golden opportunities, inheritance, business success or winning the lottery. Everyone teach one. How do you help 105 million people become rich? One person at a time. nice reblog.. yet the financing is there and they are super nice and disciplined as well to use our guidance.

This is a good choice for a re-blog and quite a challenge. I wonder how many of us will accept this concept and help others build wealth.

Roy, good mentoring always benefits everyone, including the one doing the mentoring.

Mark, I love selling homes who are doing VA loans.

Carol, I had sold a home two years ago to a veteran, and they were transferred, we put the home the market to sale, and it appraised for $10,000 under what it was listed for.  We took it off the market several months, placed it back at a time the buyer market was strong.  I closed them this week and they are now on their new home. 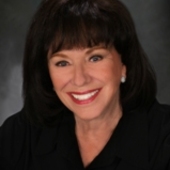