By the end of the month, there were 2,479 active listings in Montgomery County, which is about a 5% increase from the previous year. Of those listings, 1,474 of them were new, a 34% increase from 2012. Given that there were 1,108 homes sold in August, the 2,479 active listings comprises just over a 2 month supply of homes, meaning that the housing market is very healthy at the moment. Furthermore, when listed on the open market, a house took about 44 days to sell, which is down 36.23% from 2012. Waiting over a month to sell your home might not be a viable option, though. If you sell to a company that buys houses, Express Homebuyers pledges to buy your house fast – in as little as 7 days! If you want to sell your home fast in VA, MD, or DC, then contact Express Homebuyers today! 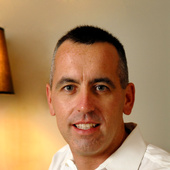