There are thousands of people who live abroad from all different parts of the world, and southeast Asia is home to a ton of them. But have you considered Turkey? It's a land with thousands of years of history and culture behind it, and sits on the border of Europe and Asia, making it one of the most culturally diverse countries in the world.
Living Costs

A night on the town at a mid-range restaurant with drinks after might run you 72 Lira, or about £20. That's for a 3 course meal and 3 beers. Not too shabby, eh? Transportation costs as low as 2 Lira for a one way ticket, or 140 Lira for a monthly pass. The cost of food isn't overly expensive, about half the cost of English food, and less for certain items. For the entertainment minded, a film ticket costs around 15 Lira or £2.50, while the monthly fee at a fitness club is about 120 Lira or £45. Just walking around the beautiful city and exploring is exercise enough for most, though.

Holidays Can Often Turn Into Moving

As you can see, not very expensive at all. For an expat working in Istanbul for a currency that is stronger than the Lira, this is a cheap place to live, certainly cheaper than many UK cities. There is no shortage of jobs available for the Turkish expat, either. From teaching English to students either at an English school or a university, to web design, travel journalism, and more, there is a job for everyone. If you've been on straddling the fence, take this chance to change your life forever. Pack up, fly to Turkey, and have the adventure of a lifetime why not check prices on getting to Turkey today have a break and see if you would like to join the friendly Turkish expat community – you'll make friends in no time.
Like favorite_border
favorite_border 0
Re-Blog
repeat 0
bookmark_border

Amne I came throught the Turkish social medica and online trade sites ..but seems-like selling a Turish house in Turkey could be faster then you think. The Turkish property market is active 12 momths around the year, and with Antalya homes on the beach we hope you enjoy your trip to Turkey. 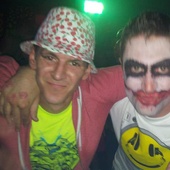 Just for Fun about 5 years ago
bookmark_border
What is Flat Website Design and How Does it Work?
View more Recent Posts   arrow_forwards