Fresno, CA: Why I fell in love with Reverse Mortgage

So I decided today that I would tell you a story instead of just giving you more facts about Reverse Mortgage. So I will tell you a little bit about why I do what I do.

My very first borrower was a man who had worked hard his whole life. He was a Vetran of the United States Military and took much pride in the life that he had made for himself. Many years ago after saving and saving he was able to buy his home with cash. He had never had any credit cards and paid for everything he owned upfront.

When he called me and told me that he wanted a Reverse Mortgage I asked him what he wanted to accomplish. He simply told me his story and said that after working hard for so many years his current monthly income just wasn't enough. He was in a position where he needed to borrow some money from a neighbor each month for things such as milk. After getting to know this man I understood why that was especially hard for him.

After meeting with him and giving him all of the facts about Reverse Mortgage he decided that he wanted to move forward with the application. He had completed the mandatory counseling and the application was signed.

A few days later he got a call from his daughter who lives in another state and she told him that she would be getting married in just a few short weeks. Naturally, he called me to make sure that his loan would close in time and told me that he would need some additional funds at closing so that he could arrange to be there.

We were able to get his loan closed in time and he was able to make it to his daughters wedding that he could not have been able to attend otherwise. We also set him up to receive monthly payments and live a more comfortable life that he deserved. After following up with him he told me how thankful he was and how happy he was that a Reverse Mortgage worked for him.

Glad to hear happy endings for programs such as these, set up to help people just like him! 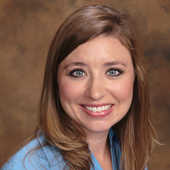 Mortgage / Finance over 8 years ago
bookmark_borderbookmark
Can I qualify for a Reverse Mortgage if I have an ...
View more Recent Posts   arrow_forwards