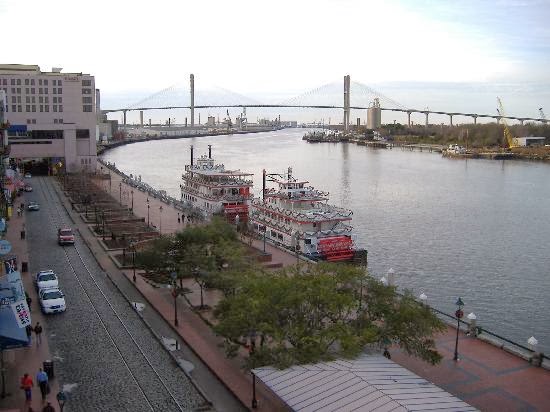 Savannah's founder, General James Oglethorpe, had already planned the layout of Downtown Savannah when he arrived here in 1733. His progressive ideology involved an interactive mix of architecture and green space with the intent of blending peoples from all walks of life.

Per his plans, Historic Downtown Savannah is a blend of stately homes and townhouses along with a stock of commercial spaces all centered around the original squares. The famous squares of downtown Savannah are lush green spaces shaded by magnificent live oaks dripping Spanish moss. Benches set beneath the trees allow visitors and residents alike to witness the blur of activity. From horse drawn carriage tours to darting bicycle messengers modern day Downtown Savannah is a unique microcosm that serves to confirm its founder's original intent as a vibrant urban melting pot. 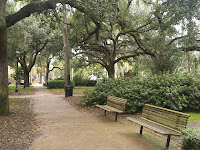 Perhaps ironically, Georgia's First City is also home to the most cutting-edge art school in America, Savannah College of Art and Design. It has called downtown Savannah home for 30 years and has grown in prestige from oddball upstart status to international acclaim, all along keeping its feet firmly planted in the heart of the city.

Savannah truly is gorgeous! What a great place to call home. I love that this town is so historic.