The Town of Nocatee is a remarkable master planned community that began selling homes in 2007. The community spans almost 15,000 acres with half of the land deemed nature preserves, never to be developed. The beautiful community is only 4 miles from prestigious Ponte Vedra Beach and is situated between the lively city of Jacksonville, Fl and historic St. Augustine.

Experiencing such fast and intense growth is welcomed by the developers of Nocatee who have planned and prepared for such results. Already in the works is a huge expansion of Nocatee’s already phenomenal amenities. The expansion includes an addition to Splash Water Park which will include a family pool, children’s sprayground, extended deck area, and covered seating areas. Across from Splash Water Park developers are building a junior Olympic pool for competition swimming fully equipped with score board, covered bleachers, and restrooms. Also being built across from Splash Water Park are 4 half court basketball courts and a community garden where residents and grow their own herbs, vegetables, and flowers. Construction on the new amenities is set to begin winter of 2013 and should be open to residents summer 2014. View future plans here.

Additionally, to accommodate residents and provide an exceptionally safe and convenient community, Nocatee will be adding its own fire station with a 2.4 million dollar price tag, a Shell gas station with a Daily’s convenient store, and even a Baptist health primary care center. 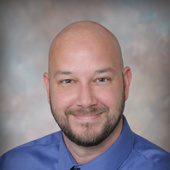