So I recieved an REO listing yesterday and went to go check the occupancy to find a car in the driveway, a dog in the backyard and furniture in the home.  I suppose the home is occupied.

I went back to the house today to see if I could get the occupants interested in signing a cash for keys agreement.  Fortunately for me I arrived just at the same time that the occupants were pulling up.  They were pulling into their garage so if I wouldn't have came at that precise time, I wouldn't have been able to tell if they were home or not.  Anyway, I pull up and to my surprise (NOT! their names were Santiago and Candelaria) they "said" they didn't understand English.  Convenient I suppose.  Anyway, I tried to explain to them that I was the listing agent representing the bank that was now the current owner.  I was offering them $1500 if they were out of the house in two weeks.

After repeating myself a couple of times the young teen son came out to interpret.  Apparently they have a meeting tomorrow with some sort of agent/investor/who knows?  I wasn't clear if the agent was planning to do a short sale, take over the deed or what, but the occupants seemed sure they weren't supposed to be moving out.

In a way, I feel like I am helping these people.  More than likely this part of their life (owning this home) is over and they need to prepare to move on to the next part of their life. Its an honest way to look at it. Trust me, I know what having hard times can be like and I don't wish it upon anyone, but I do feel like I can possibly help them if it gets to that point.

tough times in a tough market. hate it when we hear things like this, but the $1,500 should be helpful. Nothing else you can do.

Like
Tom Davis
Harrington ERA,DE Homes For Sale, $$ Save $$ Buy Today ! - Dover, DE
FREE Delaware Homes Search!, $$ Save $$ - Find Homes! Delaware Realtor
Interesting I haven't heard of anyone doing this around here in my office...I will talk about it with my team.  Thanks Interesting Blog...good luck with your business :)
Like
Mark Organek
And the United States of America - Mesa, AZ
It's not a game, it's your life.
Be careful out there!  Although you were going out and offering cash for keys, some people might just snap emotionally.  Things are tough out there for many people and you never know what may happen.  I'm not trying to be negative, I am only trying to help keep you safe.  Good luck and be careful.
Like
Susan Manning
Realty Executives - Temecula, CA
Mark, thank you for your kind words.  There was an agent that was raped and stabbed a few towns away this weekend past.  There are some crazies out there definitely.  I guess I should look into getting some pepper spray to carry huh?  I'm pretty street savvy and pretty much go with my gut.  Thanks for your thoughts!
Like
Mark Organek
And the United States of America - Mesa, AZ
It's not a game, it's your life.
A few years back, a social worker was abucted out here while delivering food to a needy family.  I sit open houses with agents just because you never know.  Check in with your office before going out and let them know where you're going and when you'll check back with them if you go out by yourself.  (I don't even let my kids go to the bathroom by themselves at restaurants and they're 9 and 6.  I'm just super cautious.)
Like
Susan Manning
Realty Executives - Temecula, CA
People like me in the world need people like you in the world to remind me "don't be scared, just be aware' as my Mom used to say.  She was the queen worrier in the family by the way.  Thank you Mark!!  I appreciate!
Like
Brian Luce
HomeStarr Realty Inc. - New Hope, PA
Associate Broker

I give you a lot of credit Susan.  That's one tough aspect of the job.  (One that I haven't had to get involved with).

As mentioned, be careful (and aware) out there.  Loosing a home is a horrible thing so I guess you can never really know someone's "frame of mind".

Cash for Keys is never a fun experience.  First I want to thank you fir discovering my blog and my series on REO's.  My very next article is on this very topic -so make sure you check it out.

I have also written in the past on an experience I had right after Christmas...you can read

Remember, Behind Every REO is a Heartbroken Family…


One thing about this REO industry is it will start to jade you.  Although I am typically very sympathetic to the situation of those who have lost their homes, I still do not understand how they can have no money for a move - after all, they have gone on average 7 to 9 months without making a mortgage payment.  Heck I did one last month where they had two large flat screen plasma TV's in the home that they had not paid for for darn near a year - and yet they were watching daytime TV on a big 60" plasma.

Remember, many of these people took cold hard cash from their equity to buy toys that they could not have otherwise afforded.  These are the people who are driving down the conditions and values in our neighborhoods.

This discussion is a two edged sword - one without a winner or loser.

Sorry, but we cannot allow our hearts to bleed too much and believe every hard luck story that get thrown at us by either the press or those with entitlement issues.

There, I've said my piece.

Blessings to you and your readers,

Well put.  One person who is part of the Bank's REO team told me... "Jason-- I feel sorry for people who are handicapped, children and that is about all."

I add to that list "Veterns and TRUE sob stories".  However, my job is still to evict them.  If there is a person who I believe I could help -- Then I try to get them more money in CFK.  Most of the time there is a little wiggle room for TIME AND MONEY --- and I try to get them both.

My first CFK -- I made the mistake of sympathizing with the occupants.

If I saw someone like John's person--  (Who bought a Plasma) -- I'd be beyond mad.  I wouldn't fight to get them more anything.

Yes, I LOVE REO and I LOVE CFK.

Like
Karen Hurst
RICOASTALLIVING.COM - Warwick, RI
Rhode Island Waterfront!
As Jason says, It is our job to evict them. By the time we arrive on the scene, the damage has been done and the best you can do is get them cash! The other alternative for them is to wait for actual eviction where they will be on the street without their plasma!!! As others have mentioned, especially for a woman, be very careful. Even doing BPO's and going into vacant homes, not just REO's. Try to take someone with you or definitely bring mace. I am well armed whenever I go into these homes and very aware. Driving up in a Mercedes, dripping with bling does not go over very well in these intances:(
Like
Dahl Real Estate Group
Platinum Living Realty - Scottsdale, AZ
Scottsdale Luxury Homes
Having dealt with many evictions and many cash for keys I believe the most important thing to remember is to have empathy.  These people are obviously going though a tough time.  If you are Empathic most will be pleasant.  There are always some people that will be un-pleasant no matter what.
Like
Chris & Debi Styner
Golden Eagle Properties - Menifee, CA

Craig & Karen are both right.  Empathy is a good thing to bring, but don't forget your pepper spray!  We too have had great success with offering CFK, and so far have no real horror stories to tell (knock on wood). However, we are always prepared, there are crazy deparate people out there, and sometimes starving/ desparate animals on these properties, so you can never be too careful.

On the plus side, we are usually able to get them out with a broom cleaning for around $500.00.

Susan, Always be on your guard and take someone with you cause some of these folks are just plain crazy.

Hey Chris & Debi, That listing of yours I sold wasn't broom clean so wheres the $500 bucks? Just kidding.LOL

With all this talk about green lawns, guess you'd have to say that escrow was just 'par for the course'.

Every Cash For Keys deal gets a little interesting, ususally becasue the occupant is still in some sort of denial about the circumstances.  It's a dirty job as they say.  And what makes it worse are the many agents out there right now who have no clue what they are doing and promising things to occupnats they cnnot remotely deliver.  Alwasy take a second agent with you on any CFK contact.  Preferably someone of considerable size and presense.  Just a thought.  I'm 6'5" and 230 and still get nervous ringing the doorbell. 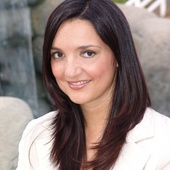