In reviewing the Market Statistics by school district for September 2013, I realized how true it is that all real estate is local. Our realtor association provides us with wonderful statistics on market trends by school district. This is a great complement to neighborhood sales for clients who are either buying a home or selling a home. When national home prices were dropping, buyers naturally assumed that there would be great deals to be found.

The interesting thing is that the Media~ Glen Mills~West Chester areas weren't hit as hard by falling home prices as some areas of the country. Likewise, the same seems to be true with the latest news of rising home prices. Some sellers may feel justified in pricing their home higher than the last recent comparable. While there is competition among home buyers in some areas, such as West Chester, Garnet Valley and Chadds Ford Unionville, there is a certain breaking point on home prices. I just read an article on appraisals this morning that touched upon that very topic-the fact that when it comes to the mortgage comittment, the property still needs to appraise. And for that, appraiser can only look at settled homes. Using the Suburban West Residential Market Report for Unionville-Chadds Ford School District for September as an example, sales were lower than were all year except for January and February. And, although the average sales price was up from the same time last year, it is significantly lower than it was in September of 2011.

Garnet Valley School District showed a minor dip in settlements in September and average home price was about $40K lower than last September and almost even with home prices in September of 2011. Interestingly, the highest percentage of sales fell in the $400K-$499K for Garnet Valley and in Chadds Ford, the highest activity was a three way tie between $200K-$299K, $400K-$499K and $599K.

If you would like to see a report or list of homes specific to your school district in Chester or Delaware County, call or email me. 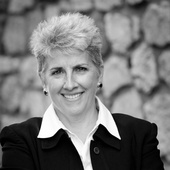