Although more Americans have been able to qualify for home mortgages during the past few decades, a growing problem has arisen which primarily affects minorities such as the elderly, people of color, the economically vulnerable, and people with language disabilities.

This is the practice called predatory lending. There has been no completely accurate legal definition of what constitutes predatory lending, because there are so many ways in which people can be cheated. A consensus of the descriptions regarding this term appears to be “the unfair and deceptive practice of charging excessive or hidden fees during a residential home mortgage loan origination process”.

Normally a predatory lender will mimic the language and practices of a conventional and completely honest lending institution, so it is critically important that the warning signs be quickly recognized and acted upon. Some of the more frequent practices of predatory lending are as follows:

The overwhelming number of cases arise from sub-prime lending procedures. People who would have difficulty affording a conventional mortgage are told they will qualify at a lower rate, but they have to pay a few costs. Those extra costs can be as high as 500% as much as they would be with an honest lender.

One example of this type of predatory cost is excessive insurance. While most lenders encourage, and often require insurance for the property that is being mortgaged, predatory lenders trick unsuspecting victims into purchasing insurance for life and disability, not only for the borrowers, but for their family members. Furthermore, they sometimes require the unnecessary premiums be paid three to five years in advance.

Even some conventional lenders have prepayment penalty clauses written into their contracts, but the predatory lenders will take this procedure to its extreme limit, charging a 20% fee if the home is sold early.

Although many banks offer “points” for a fee, they often limit the amount to no more than 3% of the loan amount. The predatory lender, on the other hand, often charges far more than that percentage. Additionally, the vulnerable borrower is not informed that his scheduled monthly payment does not include taxes or insurance, and increases the chances that he will not be able to meet his financial obligations and will lose his home.

Sometimes even an unsophisticated borrower will detect that something just isn’t right about the loan origination process and catch a deceptive lender off guard. The normal response is an oral promise to refinance the mortgage at a later date. The old maxim of “get it in writing” holds true here also. The lender will be under no contractual obligation to refinance the loan unless it is in writing.

All of the aforementioned deceptive acts have the same result. An unsuspecting person has to pay far more in fees than he would have to an honest institution, plus he puts himself at risk of losing his home if there is an explosive rise in the interest rate on his subprime mortgage.

There are a number of laws protecting innocent borrowers. In Michigan, the Elliott-Larsen Civil Rights Act  often has been violated under these circumstances. On the Federal level, the Truth In Lending Act and regulations of the Federal Trade Commission are salient. The U.S. Department Of Justice and the Department Of Housing and Urban Development also provide protection. Anyone believing they have been the victim of predatory lending should inquire with the proper authorities. For in-depth advice on this matter, visit: http://portal.hud.gov/hudportal/HUD?src=/program_offices/housing/sfh/pred/predlend
Visit Conquest Real Estate's Website
LIKE
Re-Blog
close

Thanks for the great article. 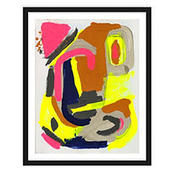