Our team took a new listing in Union Beach, NJ.  Devistated by Super Storm Sandy, about a year ago.  Our new listing is a house that was so damaged by the storm that it is structurally unsound and needs to be torn down.  So we are basically selling a building lot there.

I went there last week to put up the sign and take a few more photos of the lot and the area.  As I drove towards the dunes to get some photos of the water, I recognized a house as I passed.  The woman who lives there worked for my former Chiropractor and we had developed a rapport when I came in to the office.  I forget why I was at her house once.  Maybe I was delivering the Girl Scout cookies my girls used to sell.

So, I saw she was out on her porch and I parked my car and approached.  We had quite the conversation about how she road out the storm because they did not evacuate in time and got stranded.  How the water was over 14 feet up the outside of her house.  They saw two houses lift off their foundations and crash together leaving only debris. Her first floor was still undone.  No kitchen cabinets, no flooring, just subfloor, nothing at all finished one year later. I asked, "Why?"

She told me that the flood insurance check had to go to her mortgage company for signature before they would release the money to her to do the repairs.  In order to release it, they wanted to put many restrictions on using a contractor and when they would release the money, etc.  So basically, she would have had to pay the contractor to start and then get reimbursed at milestones.  She didn't have it.   Besides the repair estimates exceeded the flood insurance money, so she felt she could afford to do it if she did the work herself.  But the mortgage company will not release the money if she does it herself.

Another homeowner told me that her insurance money was not enough and she was going to have a private adjuster help her get more.  But she moved away and did not want to rebuild, so they said they could not help her.

There are still volunteers in Union Beach, one year later.  Helping to gut houses, handing out food.  Doing what is needed.  My church has done many projects there and in other communities of the Bayshore and the Jersey Shore.

But it seems like many have forgotten these people.  I really don't know what the lesson is.  At this point all I can do is my part in listening, caring, praying and doing my job to get my seller's property sold.  Someone will rebuild there and help to restore the Bayshore.

If you are looking to buy your first home or move up to a larger home in Union Beach NJ or anywhere in Monmouth, Ocean or Southern Middlesex Counties, Start your Search for Properties in Union Beach, NJ 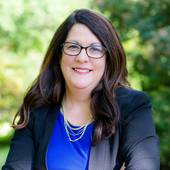