Thank you Mom and Our Other Military Veterans!

My simple wish today is for our military Veterans to know that they are appreciated by those of us who did not serve, for whatever reason. As I recounted in one of my previous blog posts, I'm involved in an  effort to make sure homeless Veterans are served twice a year going into the extreme weather, the Heart of America Standdown. On Friday, we saw over 500 Veterans getting prepared for a harsh winter. I heard one story that deeply disturbed me from a lady who came with a combat Veteran that she allowed to stay with her and sleep on her couch. She said that he didn't talk about the Vietnam war much. But, what he did tell her was that when he returned to the United States, yes they had people lined up to greet them at the airport. The only problem is that they greeted them by spitting on them. Unbelievable. You cannot penalize the messenger.

I got a chance to properly thank him, plus make sure that he had what he needed on that day for the winter. The wonderful part is that I asked 3 high school girls to pick out items for him (undershirts, socks, underwear, boots, coats, etc.). So, on that day WE truly served HIM.

I must also thank the other special Veterans that I know well. At the top of the list is my Mom and Dad. They met and married in the 50's while both were serving in Germany. She raised 2 more Veterans - my sisters. One is a Lt. Colonel and the other just shared that she will be deployed to Germany next year. Continuing the generations of service, the Lt. Colonel's daughter is also serving. Three generations of women. Plus, a sister & brother in law, cousins and uncles.

At the event the other day, I had on all of my dog tags that we are given as volunteers. I've participated in about 5 Standdowns so far. I told the Veterans that asked, that they served the country, now I serve them. So, instead of me getting strips, I get dog tags. So, Happy Veterans Day! 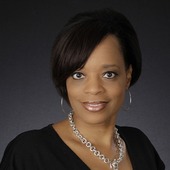 I happily serve the metropolitan area - Kansas & Missouri - with a focus south of the river - including The Plaza, Waldo, Brookside, Red Bridge & south Kansas City as a real estate agent of 25 years! I share community and real estate information. I want to keep our community connected and up to date by sharing tips. With real estate being most likely the largest financial transaction of our lives - I want the transaction to be successful, FUN and stress free!