Market Focus: Lots of Fed Speak around the FOMC minutes so we can continue to banter tapper theory. When will they tapper? The December meeting or next year? Look as well at the retail reports as they will provide a hint at the holiday season spending that currently appears to be weak. All that aside the DOW is knocking at the door of 16,000. As continued stimulus is discussed the market should continue to rise.

Housing Market Index: The National Association of Home Builders produces a housing market index based on a survey in which respondents from this organization are asked to rate the general economy and housing market conditions. The housing market index is a weighted average of separate diffusion indexes: present sales of new homes, sale of new homes expected in the next six months, and traffic of prospective buyers in new homes. What it means to you: This report provides a gauge of not only the demand for housing, but the economic momentum. People have to be feeling pretty comfortable and confident in their own financial position to buy a house. Furthermore, this narrow piece of data has a powerful multiplier effect through the economy, and therefore across the markets and your investments.

ICSC Goldman Store Sales:  This weekly measure of comparable store sales at major retail chains, published by the International Council of Shopping Centers, is related to the general merchandise portion of retail sales. It accounts for roughly 10 percent of total retail sales. What it means to you: Consumer spending accounts for more than two-thirds of the economy, so if you know what consumers are up to, you'll have a pretty good handle on where the economy is headed.

Redbook: A weekly measure of sales at chain stores, discounters, and department stores. It is a less consistent indicator of retail sales than the weekly ICSC index. What it means to you: The pattern in consumer spending is often the foremost influence on stock and bond markets.

CPI: The Consumer Price Index is a measure of the average price level of a fixed basket of goods and services purchased by consumers. Monthly changes in the CPI represent the rate of inflation.   The consensus estimate is for an increase of 0% after last month’s .2% increase and an increase in the core rate of 2% (higher than last month’s .1%).  What it means to you: The consumer price index is the most widely followed monthly indicator of inflation. The CPI is considered a cost-of-living measure since it is used to adjust contracts of all types that are tied to inflation. For monetary policy, the Federal Reserve generally follows "headline" and "core" inflation. This latter measure excludes the volatile food and energy components. The Fed's preferred inflation measure is not the CPI but the personal consumption price index because it reflects what consumers are actually buying during any given period-the component weights are updated annually while those for the CPI are updated infrequently.

Retail Sales: Retail sales measure the total receipts at stores that sell durable and nondurable goods. Consumer spending accounts for two-thirds of GDP and is therefore a key element in economic growth. The consensus estimate is for a rise of 0% greater than last month’s -.1%. And an increase of .1% excluding autos and gas after last month’s .4% increase. What it means to you:Retail sales are a major indicator of consumer spending trends because they account for nearly one-half of total consumer spending and approximately one-third of aggregate economic activity.

Business Inventories: Business inventories are the dollar amount of inventories held by manufacturers, wholesalers, and retailers. The level of inventories in relation to sales is an important indicator of the near-term direction of production activity. The consensus estimate is to remain the same as last month’s .3%. This will still leave inventories historically low. What it means to you:  Rising inventories can be an indication of business optimism that sales will be growing in the coming months. By looking at the ratio of inventories to sales, investors can see whether production demands will expand or contract in the near future. For example, if inventory growth lags sales growth, then manufacturers will have to boost production lest commodity shortages occur. On the other hand, if unintended inventory accumulation occurs (that is, sales do not meet expectations), then production will probably have to slow while those inventories are worked down.

Existing Home Sales: Existing home sales tally the number of previously constructed homes, condominium and co-ops in which a sale closed during the month. Existing homes (also known as home re-sales) account for a larger share of the market than new homes and indicate housing market trends. The consensus estimate is for a decrease from an anemic 5.29 million units to 5.13 million units. What it means to you: This provides a gauge of not only the demand for housing, but the economic momentum. In a more specific sense, trends in the existing home sales data carry valuable clues for the stocks of home builders, mortgage lenders and home furnishings companies.

FOMC Minutes: The Federal Open Market Committee issues minutes of its meetings with a lag. The minutes of the previous meeting are reported three weeks after the meeting. What it means to you: Investors who want a more detailed description of Fed opinions will generally read the minutes closely. However, the Fed discloses its official view at the end of each FOMC meeting with a public statement. Fed officials make numerous speeches, which freely give their views to the public at large.

Weekly Jobless Claims: New unemployment claims are compiled weekly to show the number of individuals who filed for unemployment insurance for the first time. An increasing (decreasing) trend suggests a deteriorating (improving) labor market. The four-week moving average of new claims smoothes out weekly volatility. The consensus estimate is for a decrease from 339,000 to 335,000. What it means to you: By tracking the number of jobless claims, investors can gain a sense of how tight, or how loose, the job market is. If wage inflation threatens, it's a good bet that interest rates will rise.

Producer Price Index: The Producer Price Index (PPI) is a measure of the average price level for a fixed basket of capital and consumer goods received by producers.The consensus estimate is for a -.2% gain in the overall number and a .1% gain in the core rate. Same as last month’s .1% but still very low.  What it means to you:  Changes in the producer price index for finished goods are considered a precursor of consumer price inflation. If the prices that manufacturers pay for their raw materials rise, they would have to raise the prices that consumers pay for their finished goods in order to not decrease profit margins. Changes in the supply and demand for labor will affect wage changes with a delay because wages are institutionalized and contractual. However, commodity prices react more quickly to changes in supply and demand.

PMI Manufacturing Index Flash:  Purchasing Managers' Manufacturing Index (PMIs) is based on monthly questionnaire surveys of selected companies which provide an advance indication of what is really happening in the private sector economy by tracking changes in variables such as output, new orders, stock levels, employment and prices across the manufacturing sectors. The flash index, usually released about a week before the final, gives a preliminary reading of conditions for the current month. The consensus estimate is for a slight increase from 51.1 to 53.  What it means to you:PMI manufacturing data give a detailed look at the manufacturing sector, how busy it is and where things are headed. Since the manufacturing sector is a major source of cyclical variability in the economy, this report has a big influence on the markets. And its sub-indexes provide a picture of orders, output, employment and prices.

Philadelphia Fed Survey: The general conditions index from this business outlook survey is a diffusion index of manufacturing conditions within the Philadelphia Federal Reserve district. This survey, widely followed as an indicator of manufacturing sector trends, is correlated with the ISM manufacturing index and the index of industrial production. The consensus estimate is for a decrease from 19.8 to 15.5. What it means to you: By tracking economic data such as the Philly Fed survey, investors will know what the economic backdrop is for the various markets. The stock market likes to see healthy economic growth because that translates to higher corporate profits. The bond market prefers more moderate growth so that it won't lead to inflation. The Philly Fed survey gives a detailed look at the manufacturing sector, how busy it is and where things are headed.

Bloomberg Consumer Comfort Index: A weekly, random-sample survey tracking Americans' views on the condition of the U.S. economy, their personal finances and the buying climate. What it means to you: The pattern in consumer attitudes can be a key influence on stock and bond markets. Consumer spending drives two-thirds of the economy and if the consumer is not confident, the consumer will not be willing to spend. Confidence impacts consumer spending which affects economic growth.

Kansas City Fed MFG Index: The monthly Survey of Manufacturers provides information on current manufacturing activity in the Tenth District. The accumulated results also help trace longer term trends. The survey monitors manufacturing plants selected according to geographic distribution, industry mix, and size. Survey results reveal changes in several indicators of manufacturing activity, including production and shipments, and identify changes in prices of raw materials and finished products. Answers cover changes over the previous month, changes over the past twelve months, and expectations for activity six months into the future. The breakeven point for each index is zero with positive numbers indicating growth and negative numbers reflecting decline. What it means to you:Investors track economic data like the Kansas City Survey of Manufacturers to understand the economic backdrop for the various markets. The stock market likes to see healthy economic growth because that translates to higher corporate profits. The bond market prefers a moderate growth environment that will not generate inflationary pressures. The survey gives a detailed look at Tenth District's manufacturing sector, how busy it is and where it is headed. 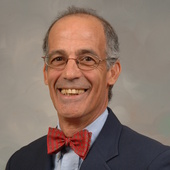