Home prices in Woodbury will rise in 2014 but at a slower, more steady pace compared to 2013.

In 2013, a sense of urgency drove traditional buyers hoping to take advantage of still-affordable home prices and historically low mortgage rates. Buyers found selection limited and were often forced into bidding wars with investors and other buyers who paid cash. Sellers reaped the rewards in terms of quick sales, often above the asking price.

As home prices continue to rise in Woodbury, more owners who had been underwater — meaning that they owed more on their mortgage than their home was worth — will emerge from the sidelines and start selling and buying homes.

In Woodbury, homes increased in value about 11% in 2013.  I don’t expect this kind of appreciation next year but with only a 3 months supply of inventory and buyer demand remaining high, I expect some level of appreciation.  Also, I expect inventory to remain about the same as most sellers will be “move-up buyers” so it will be a wash.

The bottom line is 2014 will still be a great year for the housing market but things will slowly level out as we approach 2015.

Wade - Thank you for sharing an excellent blog about what will the new year bring to Woodbury's housing market. 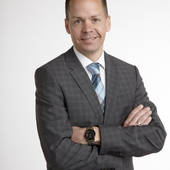