Here's a compilation of some of the best, most famous quotes related to Thanksgiving, from some of America's most well-known citizens as well as lesser-known citizens who had a way with words: 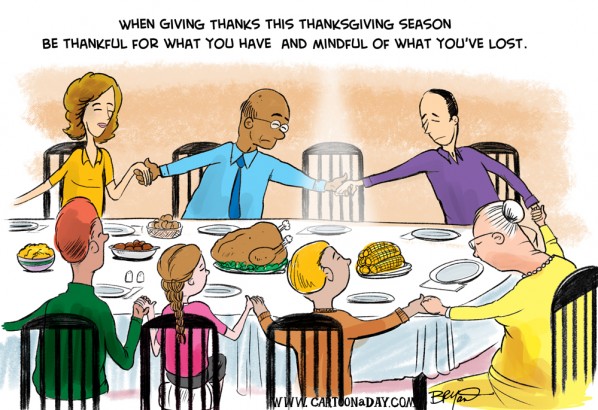 "As we express our gratitude, we must never forget that the highest appreciation is not to utter words, but to live by them." -John Fitzgerald Kennedy

"The unthankful heart... discovers no mercies; but let the thankful heart sweep through the day and, as the magnet finds the iron, so it will find, in every hour, some heavenly blessings!" -Henry Ward Beecher

"Thanksgiving Day is a jewel, to set in the hearts of honest men; but be careful that you do not take the day, and leave out the gratitude."

Frederick Keonig
We tend to forget that happiness doesn't come as a result of getting something we don't have, but rather of recognizing and appreciating what we do have.

Happy Holidays to your family from the Browning Real Estate School!!

These are all great.  I like what Erma Bombeck had to say.  I always say that, but love the added part about halftimes.  lol

Words to contemplate your navel with while watching football

These are ALL great quotes.  I will definitely spout a few of them on Thursday.  Thanks!

Thanks, for the comments, Wayne, Jean, David, and Jean!!!